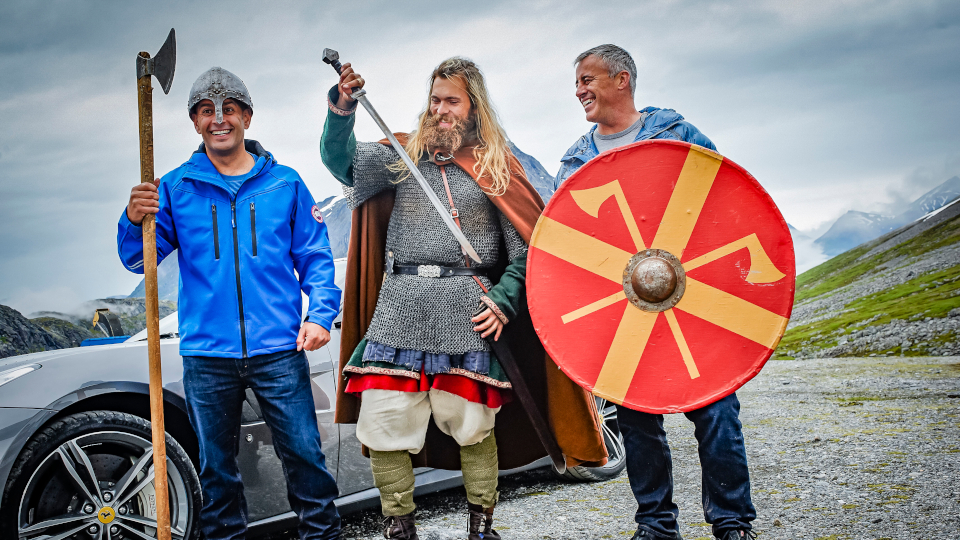 I have to admit that I stopped watching Top Gear as soon as Chris Evans appeared as a presenter. His constant shouting just annoyed the hell out of me. I know he’s not been a presenter on the show for years now but it still put me off. I just started watching again with the recent launch of series 26 and I’m gutted I’ve missed out on so much. I’m gutted because the show was brilliant and I’ve been missing out.

Series 26 is the last to include the current line up of presenters which consists of Matt LeBlanc, Chris Harris and Rory Reid plus guest appearances by Sabine, who needs the Stig, Schmitz.

In the first episode, we see Matt and Chris showcasing cars that are supposed to be an alternative to the pretty decent Skoda Superb. The Superb costs around £19,000 so what do the boys turn up with? A Porche Panamera Turbo Sport Turismo (£121,000) and Ferarri Four (£230,000) obviously!

The cars are put through their paces around the roads of Norway and take part in a couple of challenges. They are first tasked with cutting up trees and fitting them in the boots of their cars and racing to a campsite. Second, they race up the Trollstigen, an epic driving road, to drop off a car full of base jumpers. Just your average consumer advice car show then.

The second feature has Rory in a Suzuki Ignis racing Sabine in a Fiat Panda Cross to the top of a massive hill. Their aim is to deliver 2 feet worth of rocks in order to turn the hill into an official mountain. The climb is treacherous and the little cars do really well and both just about make it to the top. To see who wins you’ll have to watch the show.

James Marsden (X-men, Westworld) is the star in the reasonably fast car and puts in a good performance.

Overall the show was really enjoyable and the chemistry between the presenters felt genuine. I especially loved the shrieks and screams from Sabine and she overtakes Rory, she sounds like she is in her element and enjoying every second.