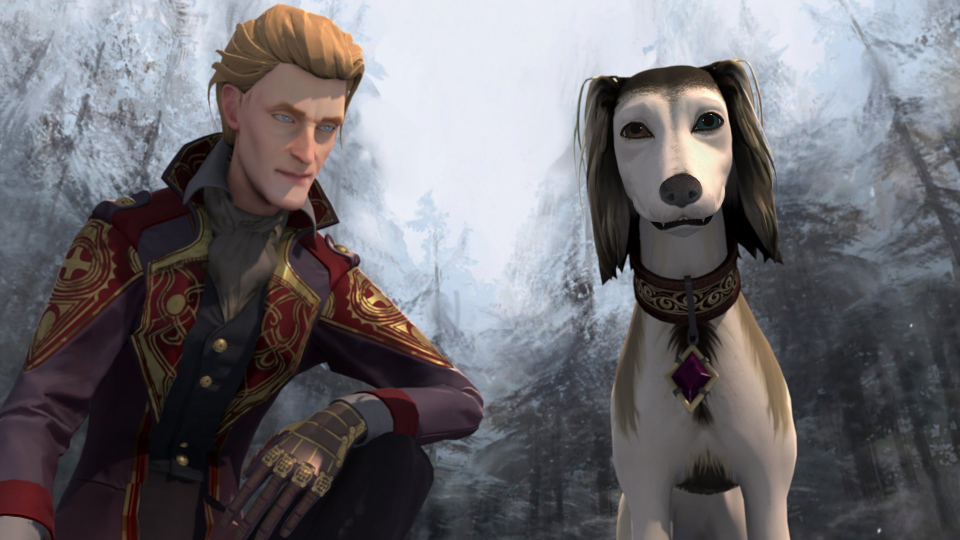 Salix Games has announced that its ambitious adventure Dance of Death: Du Lac & Fey will launch on PC via Steam on 5th April 2019. The game tells the tale of the hunt for London’s most notorious murderer, Jack the Ripper, as well as the cold realities of the lives of those in Victorian London.

Salix Games features talent that has worked at the likes of Lionhead and Rocksteady. The game hands players control of immortal knight Sir Lancelot Du Lac and cursed sorceress Morgana Le Fey as they explore the city’s smoggy streets to investigate the murders attributed to the infamous Ripper. We’re promised non-linear investigations and an extensive branching narrative that lead to unique, and potentially unexpected, conclusions.

Watch the Dance of Death: Du Lac and Fey release date trailer below:

Lifted from Arthurian Legend, both Du Lac and Fey find themselves in new forms and in a new time. They take with them the pains of their past lives as they trail the path of death left by Jack the Ripper. In the midst of their investigations they also encounter a Whitechapel local Mary Kelly, a young woman with special gifts who may hold the key to the entire mystery…

It’s an expansive adventure with the kind of high production values Jessica Saunders, founder of Salix Games has been used to mastering throughout her career, and she is keen to stress that the story – which sends players back in time to the 19th century – actually has much to say about the present day.

Watch the Dance of Death: Du Lac and Fey developer interview below:

“It’s fair to say Victorian London wasn’t the most glamorous of cities for the masses living amongst its streets. We think we’ve accurately reflected its gritty – and often heinous – nature, but sprinkled a little bit of magic and mystery with the addition of Du Lac and Fey. Both find themselves in new bodies and with new lives, which in Fey’s case sees her trapped in the form of a dog after she was cursed.”

“In contrast, Du Lac finds his life is governed by a new found immortality. As a result, though attracted to both women and men, he finds it hard to commit to a relationship knowing he’ll ultimately out live them and be left alone. It’s a tale of two characters coming to terms with their own frailties, all while tracking down London’s most notorious killer.”

View some screenshots from Dance of Death: Du Lac & Fey in our gallery:

EF Games will be bringing you a preview of the game early this month. Check out the official Salix Games website for more information on the game.

In this article:Dance of Death, Du Lac and Fey, PC, Salix Games, Steam