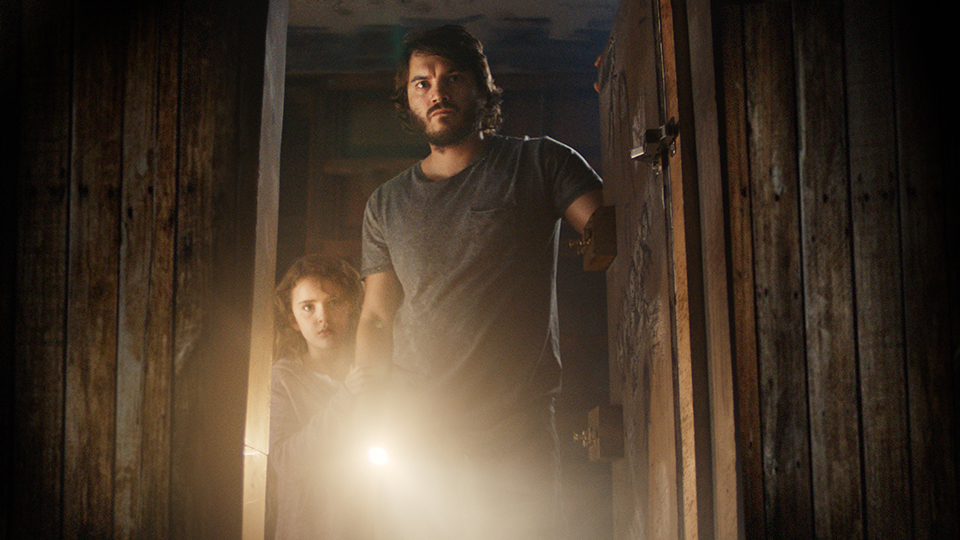 Chloe (Lexy Kolker) is kept indoors by her father (Emile Hirsch) who warns her of the dangers of going outside. She’s constantly told by him that she will be killed if she leaves the house but she isn’t convinced that he’s telling her the truth. Plagued by visions of her dead mother Mary (Amanda Crew), Chloe decides to ignore her father’s warnings and steps outside. A conversation with the local ice cream man Mr. Snowcone (Bruce Dern) opens her eyes and Chloe begins to learn the truth about the world she lives in.

Freaks is from writer and director duo Zach Lipovsky and Adam B. Stein. It’s a blend of drama, science-fiction and horror, and it will have you guessing from the very beginning. At first the film feels a little bit like a cross between Room and 10 Cloverfield Lane, with the similar premise of people contained with a fear of the outside world. It soon shrugs off those comparisons but not before thoroughly confusing you and making you scratch your head as you try to figure out what on earth is going on.

The best way to experience Freaks is to know as little about it as possible when you sit down to watch it. With that in mind I won’t be going a whole lot deeper into the plot and I certainly won’t be giving away any of the twists and turns. What I will say is that Chloe is told that there are ‘freaks’ in the outside world that are determined to kill them and it’s established early on that there are indeed ‘freaks’ living among the humans, something which is illegal.

What Freaks does so well is to turn everything on its head. Once you think you’ve got it sussed, a curve ball or a revelation arrives that makes you see things completely differently. The twists and turns keep on coming once Chloe meets Mr. Snowcone and they don’t stop until the film’s final moments. It’s interesting how the film morphs from drama to science-fiction with a spattering of horror. There are clearly a lot of influences that came into play when the film-makers wrote the film.

Young Lexy Kolker’s performance is nothing short of astonishing. She is so incredibly believable and plays Chloe pitch perfect. You’ll be rooting for her from the moment you meet her and even in the film’s darker moments, you’ll still be on her side. Kolker is a real tour-de-force here and she’s definitely an actress to keep an eye on. Emile Hirsch delivers an unhinged performance that’s quietly unnerving. You won’t know what to make of his character, especially not in the first half hour.

Someone else worthy of a mention is Bruce Dern. The veteran actor is wonderfully bullish as Mr. Snowcone. His scenes with Kolker are some of the best in the movie and he’s a real joy to watch on screen.

Freaks is a bit of a mind-bender and it puts to shame one specific genre of mainstream movies. I won’t say which as it will ruin the film but once you see it, you’ll know exactly what I mean. Zach Lipovsky and Adam B. Stein have created a wonderfully rich world that could easily be fleshed out further and continued with sequels. Stylish, atmospheric and very entertaining, Freaks is a refreshing addition to the sci-fi horror genre.