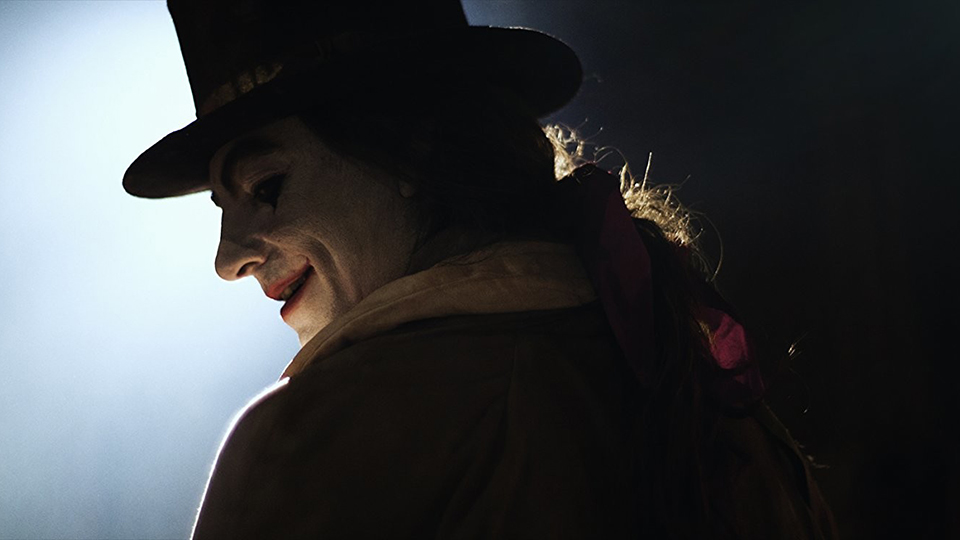 During the evening of a huge sporting event Agnes Berger (Anne Bergfeld) and Belinda Andersen (Karin Michelsen) work the night shift at a petrol station. With most of the people in the locale watching sport, they find themselves with barely any customers. While Agnes works on her thesis, Belinda spends the evening texting her boyfriend Kenny (Mads Koudal). Following a visit by two men that leaves Agnes feeling scared, the two women are terrorised and find themselves the targets of a sick and twisted game.

Finale is the feature film debut from director Søren Juul Petersen and it’s most certainly not for those who are faint of heart. Unfolding its story through two narratives, the film teases you with the predicament that Agnes and Belinda find themselves in, while explaining how they got to be in that situation. At first I found that story telling technique a little bit distracting but eventually it ends up adding to the intrigue of the film. You know from the beginning that Agnes and Belinda are going to end up in captivity but you don’t know the how, when and why of it until much later.

Where Finale really excels is in building the tension. It doesn’t waste any time getting into the story and I was on the edge of my seat for the entire film. In fact the climax was so tense, I wondered if I would make it to the credits before my nerves were shredded. For those that haven’t seen it, I don’t want to give too much away so I’m purposely not going to talk about, or reveal the details of, the situation the two central women end up in. What I will say is that the perpetrator, played with chilling abandon by Damon Younger, takes the suspense of the film and cranks it up to the next level.

One thing that should be noted is that Finale does veer into the torture porn category. Taking nods from Hostel and The Purge series, it’s deeply unsettling at times and on several occasions I couldn’t bear to look at what was transpiring on screen. The special effects are excellent and the production values of such good quality, that the violence looked a little too real sometimes. Some of the scenes, particularly in the last 30 minutes, are not easy to watch so if you prefer your horror a little more stalk and slash or supernatural rather than packed with frighteningly realistic violence, then this film is probably not for you.

Anne Bergfeld and Karin Michelsen are both excellent in their roles. The two characters they play don’t actually particularly like one another at the start of the film but the way their relationship shifts over the course of the film is quite fascinating. Michelsen in particular puts in a strong performance balancing a bit of comedy with the darker material on offer here. Damon Younger, who plays The Ringmaster, is actually terrifying. So much so that if I saw him in the street, I’d probably run a mile. His performance is incredibly believable and he’s so convincing, I’m pretty sure I’ll be having nightmares for a while to come.

Finale is a horror film that will be marmite to horror fans. You’ll either go along with the ride and take it for what it is, a deeply disturbing and tense film, or you’ll be sickened by the violent turn it takes and be reaching for the off button. Personally, while I could have done with a little less realistic violence, I found myself gripped by the film. I cared about the heroines and I was impressed by the way Petersen directed it. There’s some interesting social commentary along the way too, particularly about how the internet and ‘Big Brother’ are stripping society’s privacy away and enabling access to increasingly disturbing things. Finale is a relentless ride that packs a punch and will likely leave a lasting impression.