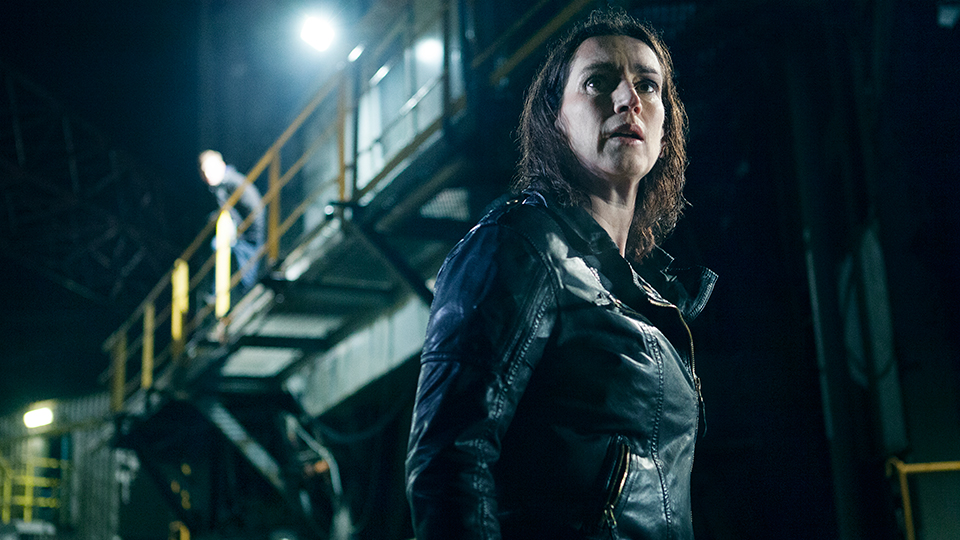 There’s an unusual start to this, the opening episode of the fifth and final season of the very successful Black Widow (Penoza in its native Dutch) franchise, as we see birthday party preparations at the van Walraven-de Rue home played out to the musical accompaniment of Save Your Love by Renee and Renato. Not a track you hear on the soundtrack of a gritty crime drama!

If you’d prefer to read no spoilers for series 5 of Black Widow, we suggest you stop reading now.

Played by well-known Dutch actress, Monic Hendrickx (who has beautifully developed and grown this character over the previous seasons) Carmen van Walraven-de Rue is the head of an organised crime family business – a role she inherited from her father. By season five, Carmen is thriving – her business interests are doing well, and she’s surrounded herself with a trustworthy and loyal team. And yet she’s still a mother to her three children and grandchild.

But one of her team – Frits – has been approached by a rival gang, and when Frits calls Berry – the muscle of the outfit – to let him know that the rival firm are there at the harbour, Berry and Storm (Carmen’s son-in-law) head to the harbour to investigate. And when they separate to search the area, Storm and Frits are caught and kidnapped by the rival gang.

The gang make their escape in a van that Carmen trace’s to a local drug dealer, Marcus Vos. But when Carmen approaches him about it, he claims to have no knowledge of the kidnapping. Nevertheless, he and Carmen join Berry at the harbour to search for the missing van containing Frits and Storm; and then all hell breaks loose.

The graphic scenes of brutality when the kidnappers are beating Storm and Frits are interspersed with scenes of domestic serenity where Natalie (daughter of Carmen and wife of Storm) is putting their child to bed; all of it embraced by a melancholy soundtrack of background music. It’s beautifully edited, but highly disturbing at the same time – to one second witness the cruel torture of the two men, and the next second to hear Natalie’s soothing lullaby sung to her dozing daughter.

In fact, the quality of this 10-part series – from the acting to the direction – is consistently high throughout. The script-writing is top drawer, too – fast paced and intense, the pace rarely drops.

Although this isn’t a new show – Walter Presents has shown previous seasons – it will be new to many viewers; and that isn’t a problem, as you can jump in at Season 5 without having to have seen the previous ones. And if you’ve not caught previous seasons, I’d urge you to give it a shot. Particularly if you’re a fan of the Martina Cole books, for example – gangster/mob tales with strong female leads. Then this will be right up your street.

Walter Presents: Black Widow series 5 is available on All 4 now.