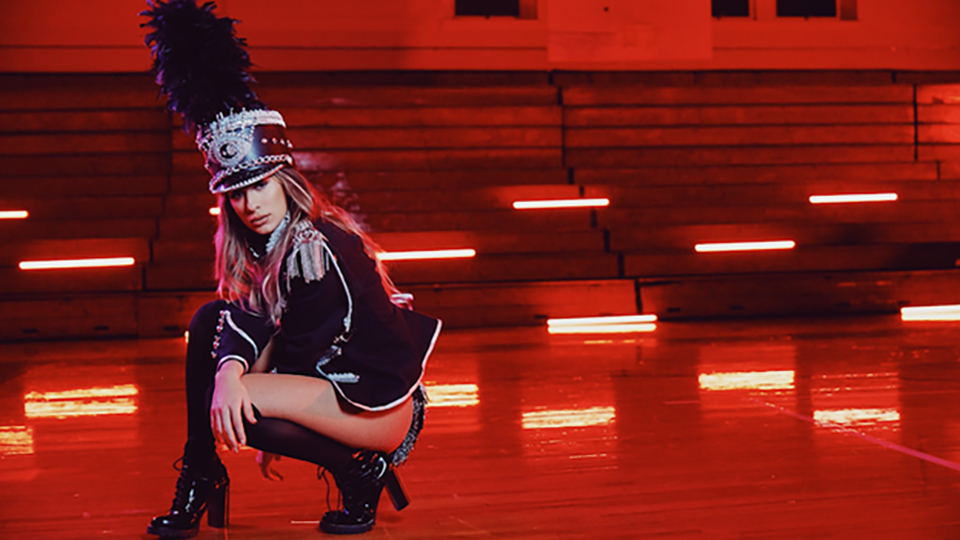 The catchy and biting track’s video sees Ashton shutting down an immature suitor amidst the fitting backdrop of a high school gymnasium. Dressed as a majorette, she also performs some impressive choreography wearing outfits she made herself.

Violins was roduced by Luke Dick and Luke Laird, and co-written by Kassi, Luke Dick and Natalie Hemby. The music video was shot in Nashville with director Kristin Barlowe.

“Visuals are so important to me, because that’s the way I understand and explain everything in my life,” Kassi said about the video. “It is no different with my music. When I allowed my brain to think of all the possibilities of what this video could look like, a million ideas soaked in red light came out. Kristin Barlowe, in all her magic, and her entire team perfectly translated my thoughts to the screen.”

Violins builds on the momentum Ashton has been building since the release of Taxidermy last summer. She’s been picking up critical acclaim from various publications including Rolling Stone and Taste of Country.