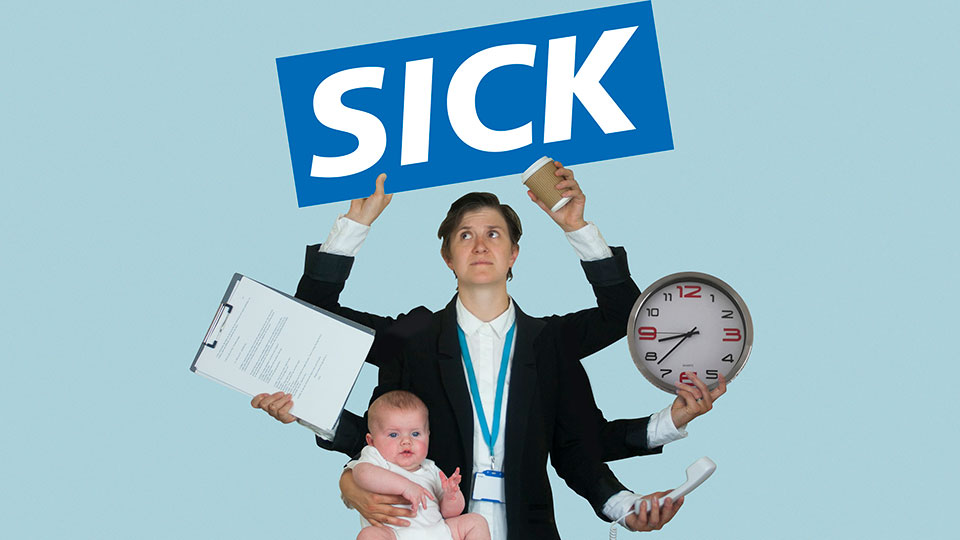 A funny, entertaining and tragic show about the impact of austerity on the National Health Service, Sick is based on Hargreaves’ real life experience as a receptionist in a busy A&E unit. The show looks at how how government funding cuts have impacted on patients, their families and friends and the staff who care for them.

Sick will tour in February and March starting this Thursday and Friday at Nottingham Arts Theatre. The tour includes two dates at London’s King’s Head Theatre on 24th and 25th March.

Amidst the organised chaos of the emergency department, with queues in the waiting room, phlegm and bodily fluids aplenty and targets to meet, Shey attempts to remain calm and imperturbable. Sick gives us a behind-the-scenes insight into the relationships, protocols, and bureaucracy of the NHS and how it works. At the same time we see glimpses of Shey’s personal life and her own coming-out story, leaving her boyfriend, meeting her wife and becoming a parent.

Shey said, ‘During my years working on an emergency ward I saw the impact of government changes in health policy and what that meant for staff, patients and the NHS. When I left I decided to write about it, bringing issues down to individual true stories that help us understand what’s happing on a bigger scale. At the same time I wanted the show to be funny and entertaining as that actually helps get the serious point over. I don’t consider I’ve done my job unless people have had a Right Good Time’.

Sick is written and performed by Shey Hargreaves and directed by Molly Naylor.

The full listings for the tour are:

Advertisement. Scroll to continue reading.
In this article:Shey Hargreaves, Sick