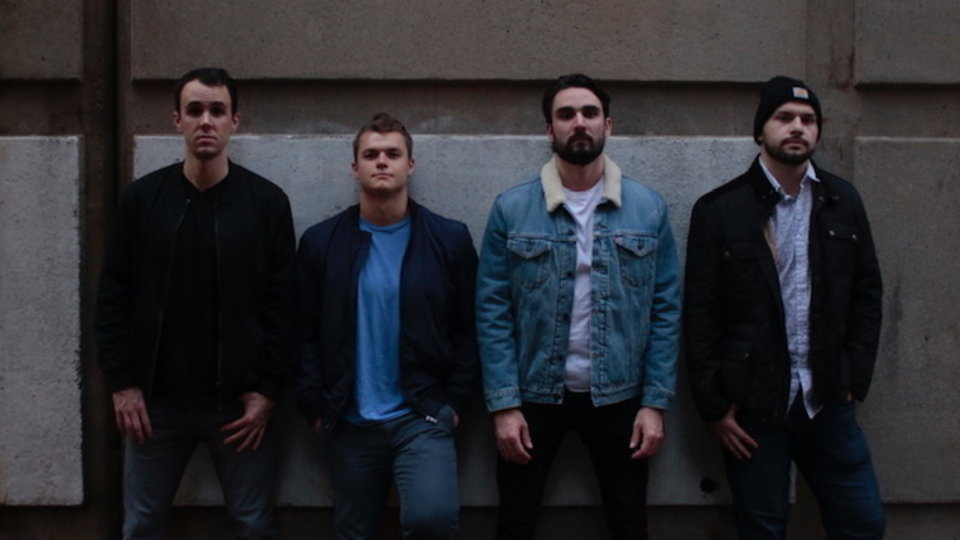 EF’s Underdogs section focuses on new bands and new music. This week EF is speaking with New York based, Parlors. The duo is the result of years of songwriting by Matt Fullam (lead vocals, guitar) and his younger brother Dan (drums). Their sound is anchored by powerful bass lines from Matt DaSilva and purposeful drumming that leaves of space for melodic riffs from both Fullam and lead guitarist Hart Mechlin. I caught up with them to talk about up and coming tours and releases.

Good! It’s almost 60 degrees here in New York in February, which means awful things for our environment so we can’t help but feel a bit guilty getting out and enjoying the weather.

Could you tell me how Parlors came about?

Matt and Dan (aka Brothers Fullam) have been playing with our bassist Matt DaSilva for years as the three of us grew up in New Jersey together. Originally we were just covering our favourite 90s songs, with some pretty bad band names until we found Parlors. Dan and Hart met in college, and when we were all living in the NYC area in 2016 Hart hopped in on some rehearsal sessions and was immediately a perfect fit for lead guitar.

How did you first get into music?

The Chili Peppers were probably the first band that really “wow’d” us growing up, and we had a collection of their live DVDs that we would watch to imitate Frusciante on guitar or Chad Smith on drums. For the Fullam Brothers, at a young age their dad passed down an old Kasuga acoustic guitar (that he inexplicably traded a Gibson SG for) that we actually still use to write a lot of riffs. We’d be remiss to not mention the influence of NYC classic rock station Q104.3 as well, which gave us a framework of The Eagles, Hendrix and more from the start.

How would you describe your sound?

We definitely love a hard-hitting rhythm section, so bass and drums are a huge focal point. Our self-titled EP displayed a bit of our brooding, desert rock-inspired sound. We’re excited to start playing and recording some of our newer material, which blends some more upbeat melodies and progressions into that same production style of a thumping low end.

Can you tell our readers how the writing process works within your band?

Typically our songs start with a certain progression that someone puts forth in an apartment session, and from there it goes into the loop pedal to start overlaying lead guitar licks and vocal melodies. We really like using Paul McCartney’s ‘Scrambled Eggs’ approach to writing melodies, where it starts with complete nonsense just so we can find how it should sound and flesh out the actual lyrics later on.

Are there any singles our EPs out? Where can people find your music?

Yes, our debut single ‘State Lines’ and self titled EP are out now on all platforms.

Where can people see you play live?

We have shows lined up in NYC for March 2nd at The Delancey and May 18th at Pianos.

Do you have any rituals before live shows?

Advertisement. Scroll to continue reading.
In this article:Parlors