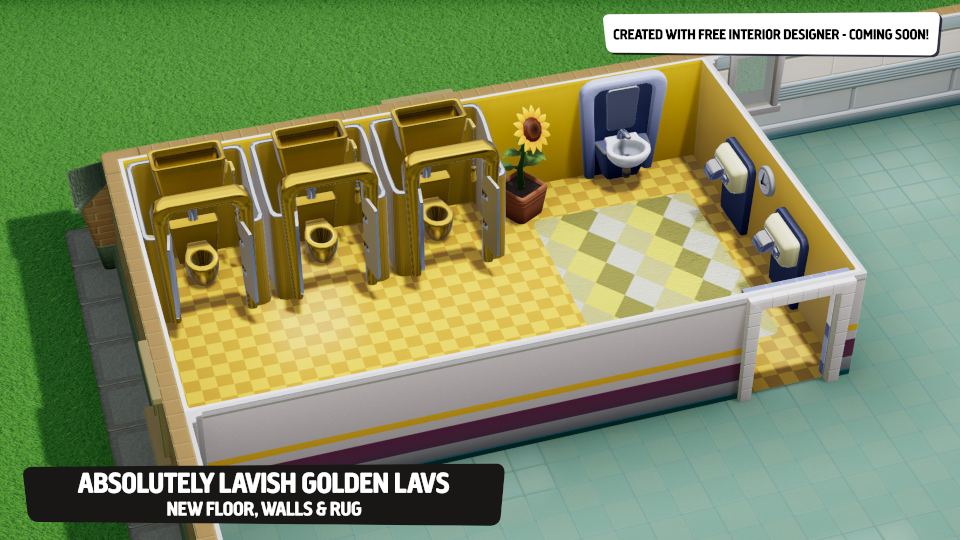 The guys at Two Point Studios have been beavering away on the new free update ‘Interior Designer’ for a while now and are delighted to announce that it is available now for Two Point Hospital. The Interior Designer update allows players to create their own custom designs and decorations and share them via the Steam Workshop.

You can check out a tutorial video below:

This completely free update for Two Point Hospital introduces a simple to use in-game design tool that allows even the most artistically challenged to create content for their own hospitals in a jiff and then share them on Steam Workshop. It essentially unlocks boundless customisation options for your diligently designed hospitals limited only by the imaginations of the Two Point Hospital Community! What could possibly go wrong?

You can check out some prepared content live on Steam Workshop.

You can check out some Two Point Hospital – Interior Designer screenshots below: