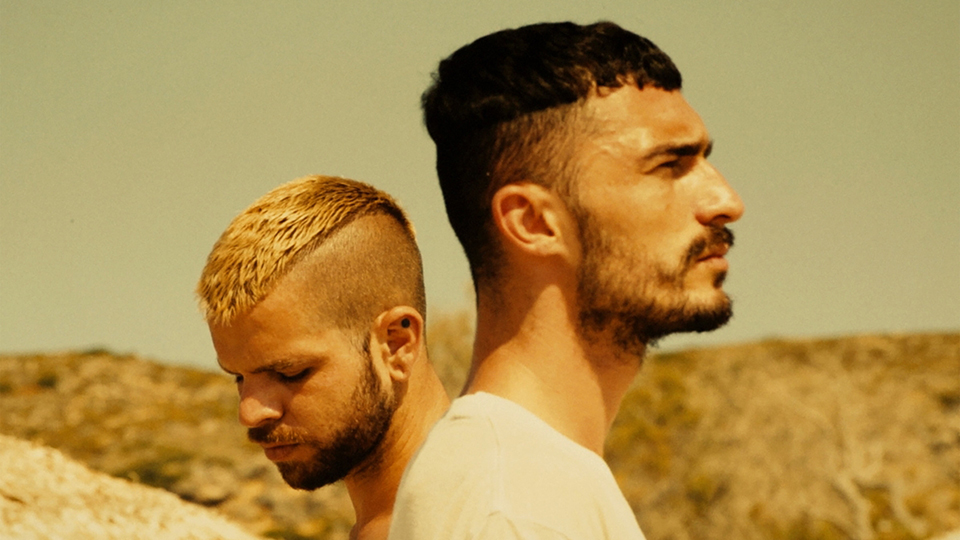 Two gay men head out into nature to try and salvage their relationship. Having hurt one another with a series of secrets and lies, the two men spend time alone in a bid to find out if their relationship is able to be saved. Under the sun-drenched sky, the two men connect, have sex and push each other away as their story is revealed by an omnipresent narrator.

He Loves Me bills itself as an experiential project that was crowd-funded by film-maker Konstantinos Menelaou. Wanting to understand why gay relationships break down even when love still exists between the two people involved, Menelaou cast real-life couple Hermes Pittakos and Sanuya Shoteka to portray the lovers. He Loves Me is unlike anything else I’ve seen before and it will likely be divisive to viewers as it’s more like an art project than a film drama.

The story of the two men is revealed via a voiceover by Thanos Lekkas, who describes the scenarios that have taken place to lead the couple to where they are now. Interestingly no actual audible dialogue happens between the couple, everything is told by the voiceover. At times this makes the viewer feel like a voyeur, watching these two beautiful men existing together. The moments where they have sex, and yes it’s real sex, you can’t help but feel like you’re intruding on a moment that’s far too intimate to be shared so publicly.

Through the voiceover Menelaou explores the pressures on gay relationships touching upon the damage that drugs and polyamory can have. For these two men, they tried to please each other with what they thought each other wanted and at the heart of their troubles is an inability to communicate openly and honestly. Sometimes it can be difficult to marry what the voiceover is revealing with what unfolds on screen. For the most part the men wander, swim and exist together, and their interactions don’t reveal all the much.

The film’s cinematography is stunning. The locations are sun-kissed and inviting. They create a sense of the distance between the couple while at the same time feeling incredibly intimate. The camera work lingers on the men from a distance and during the sex scenes, it respectfully keeps its distance.

He Loves Me is an interesting experiment and one that for the most part pays off. It takes such a different approach to its subject matter that it will likely catch people off guard. The film is a bit of a slow burn so you need to be patient as it unfolds but you’ve got the stunning scenery, and beautiful men, to keep you occupied. Definitely not a film for everyone but an interesting way of exploring a modern gay relationship.