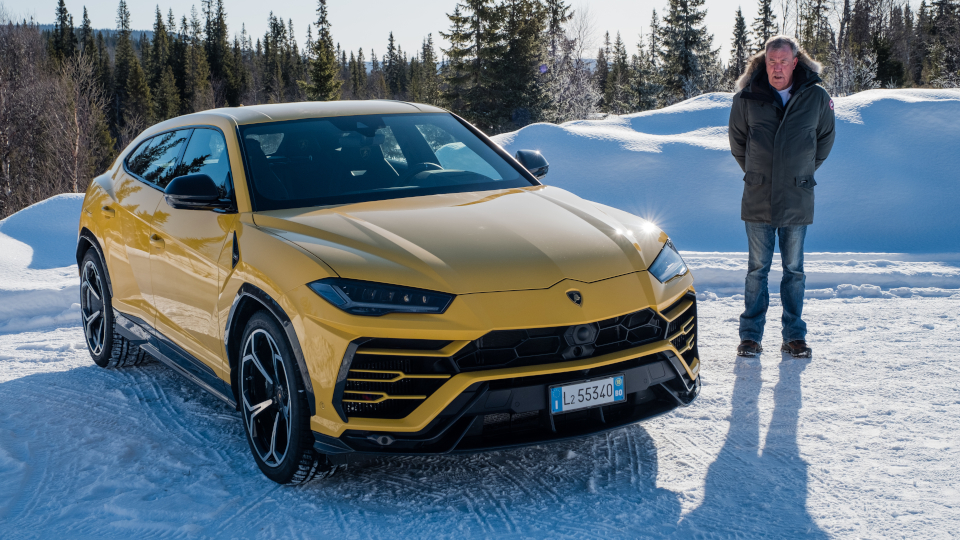 Finally The Grand Tour has delivered an almost flawless episode. Gone are the forced jokes and cringe-worthy scripting and acting. This episode is, for me at least, what I love about The Grand Tour and what I want to see from Clarkson, May and Hammond every single week.

In episode 5 we get the usual bits of chat and of course a trip down conversation street but we also get three very different films that all speak to me. First we see James May driving the Alpine A110, a unique looking French sports car, around the Eboladrome and loving every second of it. He comes across as a big kid and his enthusiasm is infectious.

The second film is all about the new off-roader from Lamborghini, the Urus. As you would expect given that it’s being driven by Jeremy the Urus is put through the test in some bizarre ways. Namely seeing if it can drive up a ski slope, as you do, and the car does a pretty good job given that it’s on road tires and has no low range gear box. He also races on a frozen lake around a track shaped like a ‘gentleman’s sausage’ as Clarkson might say. He’s trying to overtake Abbie Eaton who is driving a Porche 911 and you’ll have to watch it if you want to know if he manages it.

Finally we have Richard Hammond and his film charting the career and tragic death of racing legend Jim Clark. The film is just one long tribute to who some call the greatest racing driver of all time. It includes loads of original footage and interviews with people who worked with Clark while he was racing. You can really feel the emotion as the interviewees share their memories and pay tribute to Clark in this truly moving film.

As you would expect the production values of all of the films is high and the Urus racing in the snow looks truly stunning. Overall a fantastic episode.

The Grand Tour is available exclusively on Amazon Prime Video.