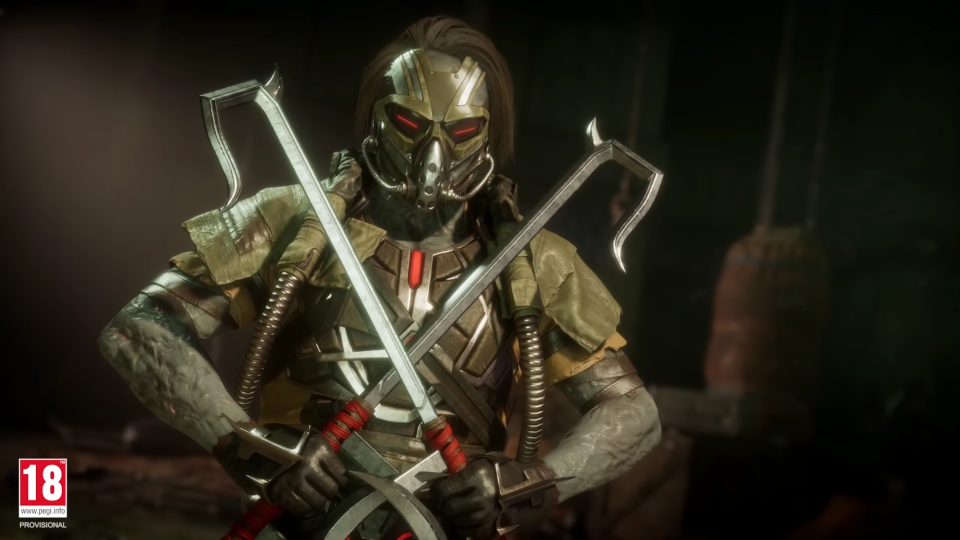 Mortal Kombat 11 is shaping up to be as brutal as ever with new fatalities and bone crunching action throughout. The latest fighter to be revealed is Kabal, a former Black Dragon enforcer turned Revenant. Known for his lightning fast speed, deadly Hook Swords and reliance on an artificial respirator for survival, Kabal was resurrected as a twisted, evil version of himself, who now serves the Netherrealm and pledges to destroy all other realms. Basically he’s a nasty piece of work who needs chopping down to size.

Mortal Kombat 11 is currently in development for PS4, Xbox One, PC and Nintendo Switch. There is an early pre-order bonus giving you the playable character Shao Kahn and those who pre-order at select retailers will also gain access to the beta which is due to launch on March 28th, 2019. Mortal Kombat is due for release on April 24th, 2019.

You can stay fully updated at the Mortal Kombat website.