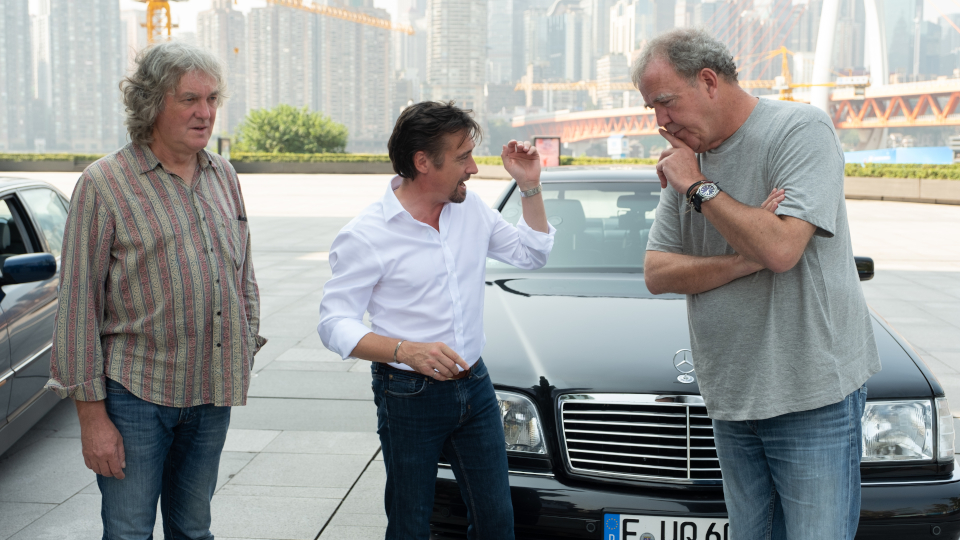 So far this season The Grand Tour has taken us to Detroit, Columbia and Wales. We’re also off to Sweden in episode 5 which airs on Friday 8th February. In episode 6 Clarkson, May and Hammond are taking a trip to China, specifically the mega city of Chongqing.

The trio aim to prove that the business people of China are wasting their money buying expensive limos and luxury cars in China. They argue that it’s much cheaper to travel to Europe, buy a second hand limo and ship it back to China. To ‘prove’ their point they tour the city and beyond in an old Mercedes S600, an ageing BMW 750iL and a 20 year old Cadillac STS. The lads encounter an evil camera network, a flame spitting drone and discover a whole host of in-car entertainment on their travels.

We will also see Richard Hammond test driving the NIO EP9, an insanely fast electric supercar. Fingers crossed Hammond manages to keep it on the track and doesn’t have one of his moments!