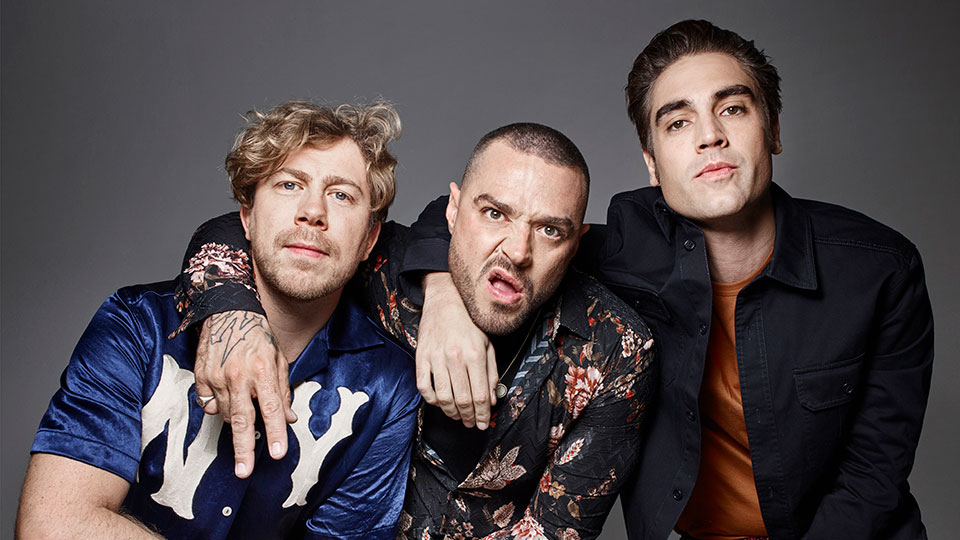 In the early 00s Busted were inescapable. Their self-titled debut album, released in 2002, sold more than 1.1 million copies in the UK alone and their 2003 follow-up A Present for Everyone came very close to matching it. In 2005 the band went their separate ways when Charlie Simpson decided to leave and pursued their own projects until Matt Willis and James Bourne joined forces with McFly to make supergroup McBusted in 2013. In 2015 Simpson surprised fans by announcing that he would be returning to Busted and new album Night Driver arrived in 2016. A completely different sound to anything else the band had done before, the album was a modest hit.

Today Busted release new album Half Way There and it moves away from the cooler, synth-pop feel of Night Driver and revisits the rebellious punk-pop hybrid the band explored on their first two albums. Ahead of the album release Busted teased fans with the release of tracks Nineties, Reunion, All My Friends and Radio but the first official single, Radio, didn’t arrive until last month. Nineties opens the album and it’s essentially a modernised version of the music the band was making the first-time round. That may sound like a criticism but it’s actually not. There’s something refreshing about listening to a pop band that isn’t trying to conform with what is charting well and just doing what they want.

The influence of international groups such as Blink-182 and Sum 41 remains but Busted keep their sound with a distinctly British edge. They also get a little bit more autobiographical than we’ve heard before such as on early stand out What Happened to Your Band, which charts the band’s initial split. Album closer It Happens takes Busted into new territory musically and showcases a more mature side of the band as they make their peace with the ups and downs that come with life and career. It also offers an insight into the band’s break-up and eventual reunion.

Elsewhere on the album Reunion is a peppy beat-driven moment, Shipwrecked in Atlantis is a pure pop-rock rush, and MIA is the kind of track that will fill an arena live while fans hold up their phone lights and sway along. The rockiest moment on the album comes on the storming Nostalgia, which suggests that a more straightforward rock album could be in the band’s future. The highlight is the acoustic All My Friends, a song that veers into folk territory and laments growing up.

Half Way There is the album that Busted’s fans have been waiting for. While Night Driver was an interesting sonic diversion, Half Way There gets back to doing what the band does best. It’s packed with catchy melodies, the three members shine on vocals and the lyrics are both personal and clever. With a tour coming up next month, fans have a lot to get excited about and Half Way There has a good chance of restoring the band’s commercial success and propelling back to the top of the charts.