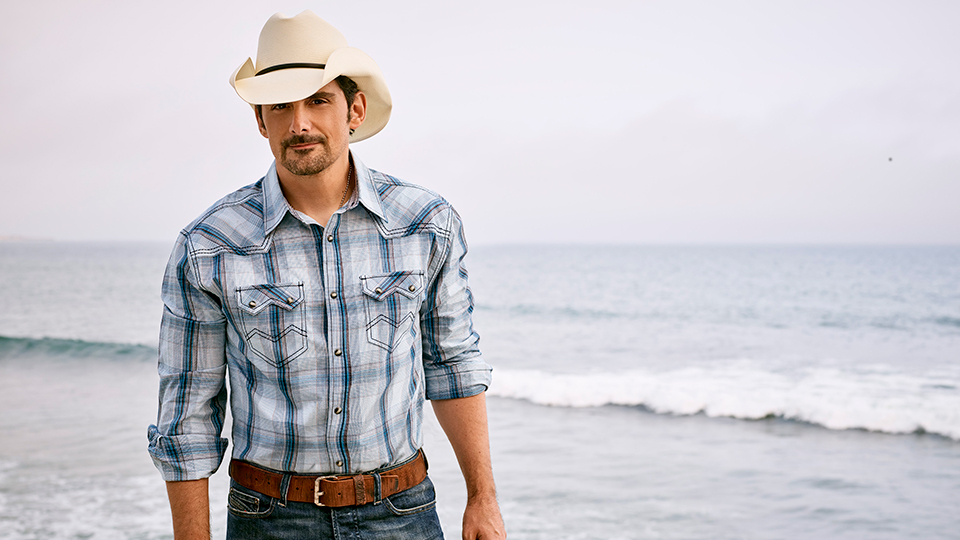 Brad Paisley has announced that he’ll be returning to the UK to play London’s The O2 on Saturday 12th October 2019.

He will be joined by Chris Lane, who will be making his UK live debut. The last time Paisley performed in the UK was when he headlined C2C: Country to Country in 2017 in London, Glasgow and Dublin.

Over his career to date Paisley has won three GRAMMYs, two American Music Awards, 14 Academy of Country Music Awards and 14 Country Music Association Awards. He has been a member of the Grand Ole Opry since 2001 and sold over 20 million albums worldwide.

Chris Lane has scored two Top 10 albums, most recently with Laps Around the Sun in 2018, and has two Gold and a Platinum single under his belt. His latest single I Don’t Know About You is climbing fast at Country radio in the US.

Tickets for the show go on sale at 9am on Friday 8th February 2019 at http://axs.com/uk/events/367942/brad-paisley-tickets?skin=aegpresentsuk.

Advertisement. Scroll to continue reading.
In this article:Brad Paisley, Chris Lane, The O2