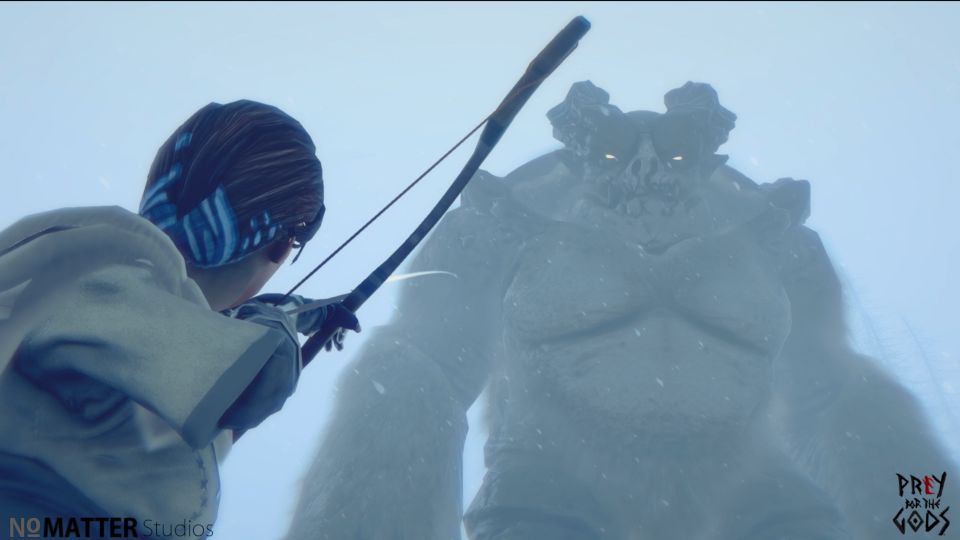 No Matter Studios have announced that their boss focused adventure Praey for the Gods will hit Steam Early Access on January 31st. Praey for the Gods began on Kickstarter in 2016 and managed to raise $501,252 far exceeding their goal of $300,000. If I’m honest having seen the release trailers I’m not surprised that Praey for the Gods raised so much, it looks absolutely stunning and is clearly influenced by Shadow of the Colossus.

Watch the Praey for the Gods release trailer below:

The world of Praey for the Gods has been plunged into an eternal winter and the only way to end this is to take down the godlike creatures that roam the world. The game builds on the foundations set by Shadow of the Colossus and adds an open world that players are free to explore as they wish. It’s not all boss climbing / killing though and players will have to learn to survive in the harsh landscape as they hunt for food, craft armour and weapons and find shelter as temperatures plummet at night.

“No Matter Studios is comprised of three lone developers working in the evening hours to create the game they’ve always wanted. With the simple goal to create colossal moments we’ve set forth on our labor of love Praey for the Gods”.

You can check out some awesome Praey for the Gods screenshots below: