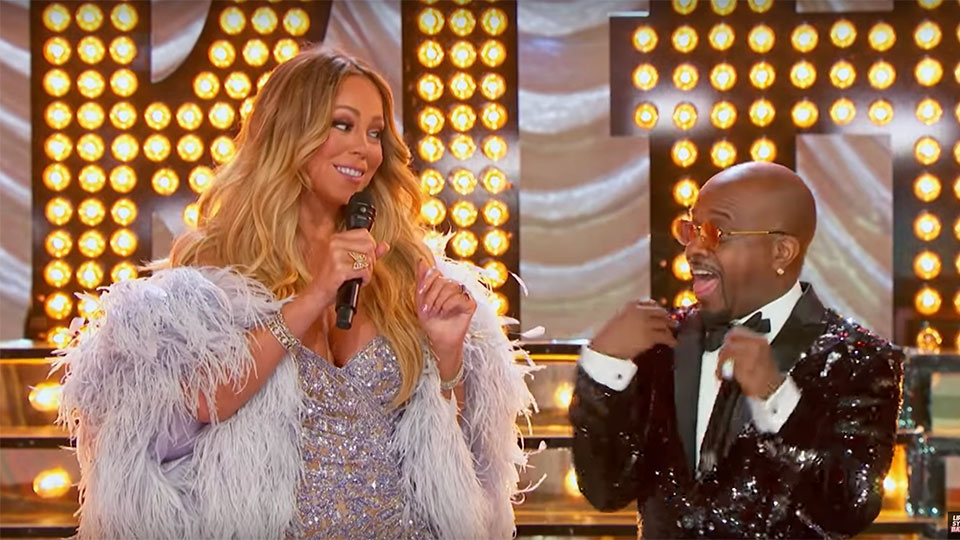 Lip Sync Battle is paying tribute to Mariah Carey on its next US episode this week.

Musician and long-time collaborator Jermaine Dupri will face off against Glee and American Crime Story star Darren Criss. There’ll also be an appearance from Mimi herself!

Ahead of the episode airing, two clips have been released to get you (even more) excited. In one clip Jermaine Dupri gets his swag on to perform Shake It Off, which he co-write with Mariah, and at the end of the clip the diva appears to point out that J.D. forgot the words to his own song!

The second clip released from the episode sees Darren Criss taking on Mariah’s classic Heartbreaker. He’s dressed in an outfit not dissimilar to Mariah’s in the original video and he impressively tackles Jay-Z’s rap part.

From what we can see, it may be a slam dunk for Darren who seems to have his Mariah imitation down to a tee. Take a look at the performance below:

Lip Sync Battle airs on Thursday 9/8c on Paramount Network in the US.