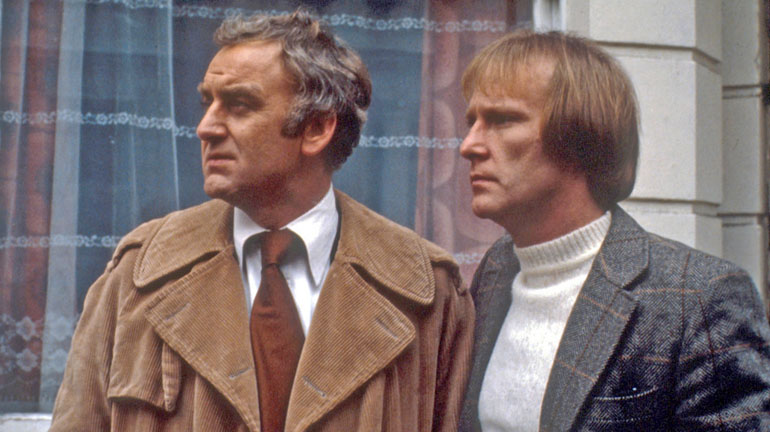 As part of The British Film series, Network has announced plans for Phase II of their programme of cult titles. These include high-definition debuts for feature-length adaptations of hit television shows.

January 2019 kicks off the new chapter with two barnstorming British comedies – including a brand-new release of the hilarious film version of Man About The House, starring Richard O’Sullivan and Paula Wilcox.

A spin-off from the hugely successful series that aired between in 1973-76, the film sees catering student Robin Tripp sharing a flat with two girls, Chrissy and Jo. It’s an arrangement that suits all parties admirably – unless the girls try their hand at cooking or Robin’s urges get the better of him…

Richard O’Sullivan and Paula Wilcox in Man About The House. Credit: Network

Also on release this month is Till Death Do Us Part. Created by Johnny Speight, the hugely controversial and popular character of Alf Garnett was used to caustically satirise the less acceptable aspects of entrenched working-class culture.

Set in 1939, the movie begins with the declaration of war. But Alf has got bigger problems on his plate; he’s only been married to Else for four weeks and they’re already sick of the sight of each other!

Hot on their heels is the classic crime-fighting duo of Jack Regan and George Carter in Sweeney and Sweeney 2.

Rough, tough and politically incorrect, The Sweeney was one of the major television successes of the last fifty years and these feature film spin-offs are just as hard-hitting.

Featuring memorable performances from John Thaw and Dennis Waterman and made by the same team who worked on the hit television series, Sweeney! and Sweeney 2 have been newly transferred in high definition from original film elements.