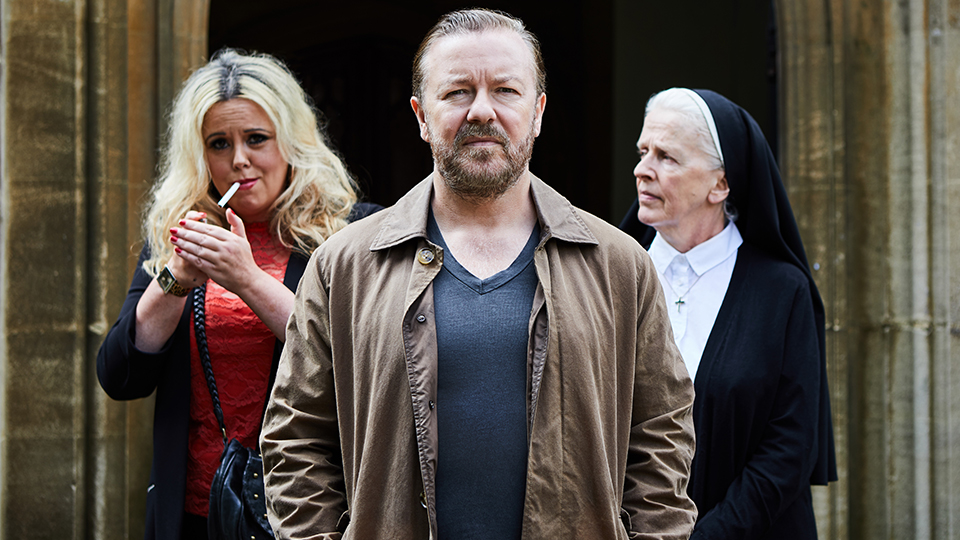 A host of first-look images have been released for After Life, the new Netflix series from Ricky Gervais.

Take a look at the first images below:

Tony (Ricky Gervais) had a perfect life. But after his wife Lisa dies, Tony changes. After contemplating taking his own life, he decides instead to live long enough to punish the world by saying and doing whatever he likes from now on. He thinks it’s like a Super Power — not caring about himself or anyone else — but it turns out to be tricky when everyone is trying to save the nice guy they used to know.

The series is a Netflix original series from Derek Productions. Charlie Hanson is producer and Ricky Gervais and Duncan Hayes are executive producers.