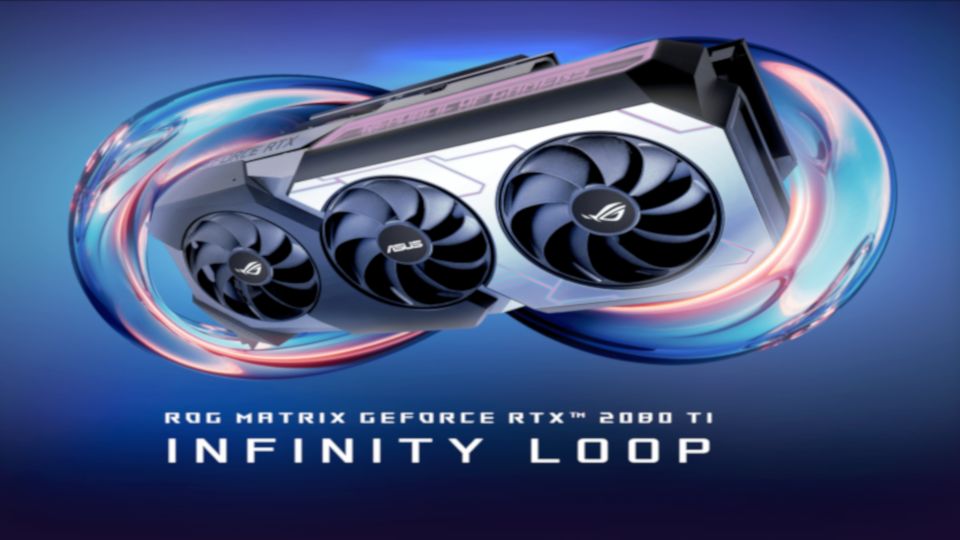 ASUS have announced the launch of their new flagship graphics card, the ROG MATRIX GeForce RTX 2080 Ti. ROG MATRIX has become an iconic brand for ASUS and this new card does it justice not only with its great specs but with the addition of an onboard water cooling loop.

Built in water cooling has been done before on both GPUs and CPUs but the performance claims of this new system are particularity interesting. ASUS claim that the ‘Infinity Loop’ design will rival the performance of a 240mm radiator. If it can achieve this you can say goodbye to loud fan noises when your GPU is under load.

The RTX 2080 Ti packs some impressive specs straight from the factory. The card includes 4,352 CUDA cores, 11 GB of GDDR6 memory, a boost clock of 1815 MHz pushing its output to 15.7 TFLOPS. The memory is also overclocked at 14800 MHz which raises the bandwidth to 651 GB/s. People interested in overclocking will be able to get even more from the card with the custom PCB design that packs an impressive VRM design.

In this article:ASUS, Republic of gamers, ROG