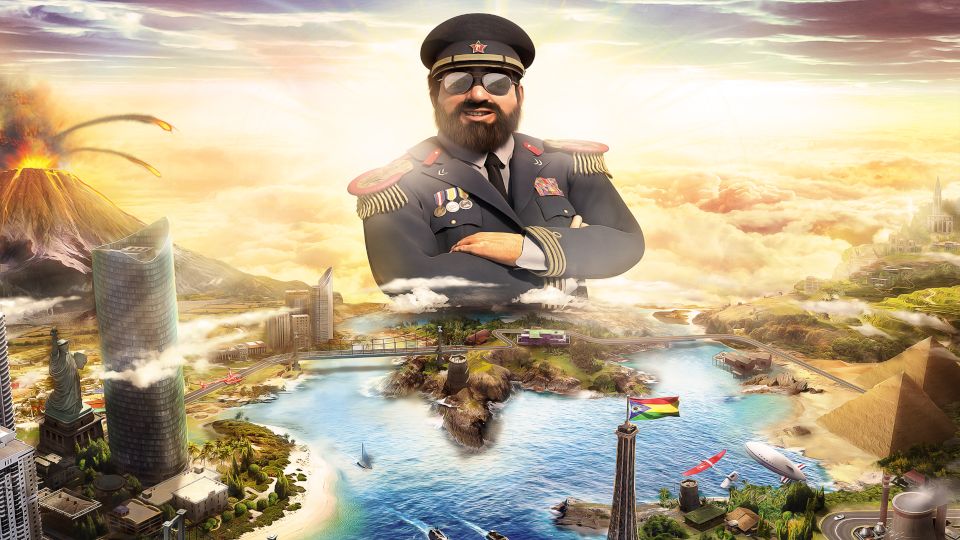 It has recently been announced that Tropico 6 won’t be coming out quite as soon as we wanna be El Presidentes would have hoped and has been pushed back to 29th March 2019. Kalypso say that it needs more time to add finishing touches and to give the game more polishing before they are happy for it to be released. I’ve been playing the beta for some time now and there are a few bugs as would be expected but in my humble opinion it was already looking pretty darn good.

As a good will gesture Kalyspo are giving away the first DLC pack for free as long as you’d pre ordered before January 10th.

“Dear Fans and Friends of Tropico,

As the owner, co-founder and managing director of Kalypso Media, I have been always convinced that if Kalypso creates the kind of video games I would love to play myself, that there will be a lot of strategy game enthusiasts out there who like what we are doing and the company will be successful.

Since I first played the original “Tropico”, released by PopTop and Take Two back in 2001, I have been a huge fan of the series. So when Kalypso had the chance to acquire and reboot the IP I jumped at the opportunity and have taken a lot of financial risk for our company to continue the experience of playing a dictator on a Caribbean island.

Over the holidays, I have played Tropico 6 for many hours and really liked what I saw. But, in my humble opinion, it is not enough to like a game – I want to love it! And Tropico 6 is good, but not very good, or outstanding. Yet.

Combining my own opinion and the response we had from thousands of dedicated beta players around the world, Kalypso has decided to postpone the release of the game for another couple of months to March 29, 2019.

We know this is short notice and many of you, especially the ones who have pre-ordered, played the beta and gave such comprehensive and valued feedback, might be disappointed – but we think we can make the game better by adding some more icing on the Tropican cake.

Kalypso and Limbic are working hard to add as many of the community requests for enhanced features and gameplay as possible into the release version of the game. But we cannot do this overnight, and want to present the best possible Tropico experience to the fans of the franchise.

Features like pathfinding, a challenging multiplayer and the comprehensive simulation not only of each individual Tropican, but of the whole economy, are already implemented well, but could benefit from more balancing, testing and enhancement to meet our very high quality standards for Tropico 6.

Again, I apologize for the delay, and can only ask all fans for their patience and understanding as we put in even more work, with the hope that the game will meet your expectations on March 29, 2019.

As a loyalty bonus and reward for your patience, all customers who have pre-ordered the game by 7pm (CET) January 10th, 2019 via our own Kalypso Shop, Steam and other digital platforms, will receive the first DLC, planned for Q2 2019, free of charge.

PS: Of course, you can always return or refund your pre-order if you prefer.

* The first DLC shall be released in Q2, 2019 and will be automatically added to your Tropico 6 Steam app package.”

Although I want to play the full game as soon as possible I would much rather wait a little and get to play the game as Kalypso want it to be rather than a partly finished version that needs patch after patch to fix.