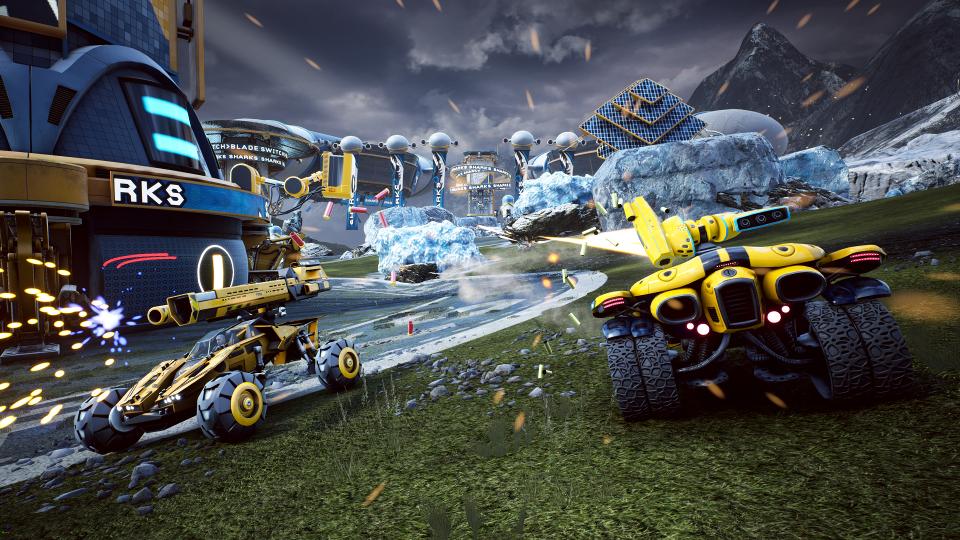 Lucid Games, a Liverpool-based independent development studio, have announced that Switchblade will be launching on Steam PC and PlayStation 4 on January 22nd. The game is a 5v5 free-to-play action MOBA.

Switchblade is set futuristic world where war is the new sport and heavily armed sci-fi vehicles deliver its deadly strategies. The game puts two teams of 5 against each other as they compete in a frantic battle. Players on each team must work together to take down the towers of their opponents.

In Switchblade, players have the ability to choose two vehicles at the start of each match and switch them at any moment during battle, allowing for endless tactical possibilities. Each vehicle in Switchblade offers an entirely unique strategy on the battlefield. There are 17 vehicles to choose from, spread over 4 car classes, ensuring that everyone can find something to suit their playstyle.

Lucid Games will be supporting the game with even more content in the coming months, including new vehicles, maps, modes, cosmetics and more.

EF Games hopes to bring you a full review around launch. Check out the official Switchblade website and Discord for more information on the game.

View some Switchblade screenshots in our gallery: