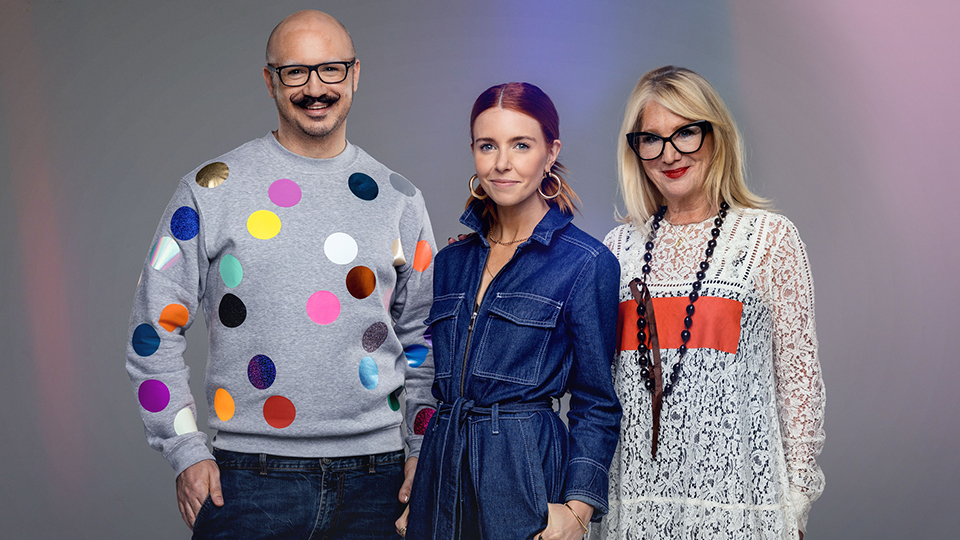 Glow Up will see 10 contestants live and work together as they compete to win a contract assisting some of the world’s biggest make-up artists. With different creative briefs each week, they will need to bring lashings of passion, originality and skill to impress Val, Dominic and expert guest judges from worlds such as fashion and film.

Talking about her role Stacey Dooley says: “I’m delighted to be involved with Glow Up. The make-up artists are so impressive and talented… and Val and Dominic were a scream to work with. Can’t wait to show you all it!”

Val and Dominic bring a wealth of experience to the show. They’ve worked with some of the biggest style icons across the entertainment industry.

Val says: “I’m SO very excited to be part of this brand new series, finding the next amazing talent of make-up artists. What I’m looking for is skill, creativity, the ability to adapt in any given situation. I’m looking for someone who works well under pressure, could read the brief behind the brief, even if there is no brief! This person has to have an incredible attitude, be able to feel comfortable in any situation and deliver. What won’t impress me? Don’t give me diva, don’t give me attitude, don’t try to sell me something that I don’t believe in.”

Dominic says: “I’m incredibly excited to be part of this fun new series and to show the world how varied, creative and empowering make-up can be. Be it subtle and enhancing or bold and expressive, make-up has the power to make you feel like the you you’ve always known you were. I want to find a make-up artist who is willing to take risks and to push themselves creatively, someone who is more inspired and hungry at the end of this process than they were at the beginning!”

Glow Up: Britain’s Next Make Up Star will air in 2019 on BBC Three.

In this article:Dominic Skinner, Glow Up, Stacey Dooley, Val Garland