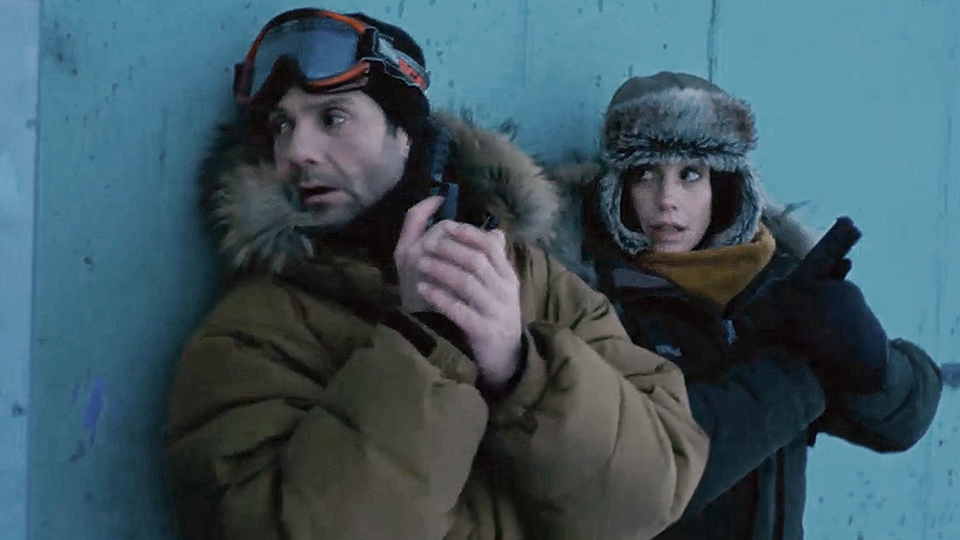 If you look at a map of Scandinavia, you will notice that Norway loops over the top of Sweden, Finland and Russia at its most northerly point. Tromsø is the main city in the area, a favoured spot for tourists hoping to see the Northern Lights And not far from Tromsø is the small community of Djubelv, where this latest offering from the Walter Presents team is located.

If you want to avoid all spoilers for The River, we suggest you stop reading this article now.

It’s a dark, unfriendly and unforgiving place – located far above the Arctic Circle, the community is isolated and suspicious of both strangers and each other. Which makes the work of police officer Thomas Lønnhøiden particularly problematic. He is called in when human body parts are found on the banks of a frozen river by a young Sami girl from the village, Silja. And when Silja – after over-hearing an argument between her mother (who has turned to prostitution to make ends meet) and her grandmother – goes missing, Lønnhøiden has a second major incident on his hands.

The pretext of the series centres around the relationship between the village and the local army base nearby. When Lønnhøiden and his team begin their search for Silja, he suspects she may have wandered into the army’s secured area. But the army are less than cooperative when it comes to having the local plod search their land, and so begins a frosty relationship reflecting the terrain. Throw in a cold war theme, as the Russians are apparently sneaking into Norwegian territory, and you have lots of intriguing threads to the storyline after just one episode. And what makes this even more watchable is the knowledge that this is based on true-life events – life sometimes in indeed stranger than fiction.

The final scene of episode one is a real jaw-dropper, and one suspects that Lønnhøiden’s job is going to be particularly challenging over the coming episodes as he battles a lack of cooperation from all-sides – even from within the police force itself.

There are some fine performances from the largely unknown cast (although a number of them featured in Mammon, the 2014 Norwegian newspaper thriller), but the real star is the beautiful Norwegian countryside. There’s something about this type of landscape that lends itself so perfectly to crime and murder; the darkness of the skies, the vast expanses of wilderness and the freezing cold temperatures make it a foreboding location, where beauty and evil are unlikely bed-fellows.

The River (Elven in Norwegian) is an eight-part series from the major broadcaster in Norway, TV3 Norge.

Walter and his crew have delivered a real winner here.

The River begins on Channel 4 from Monday 14th January with all episodes available on All4 straight after.

In this article:The River, Walter Presents