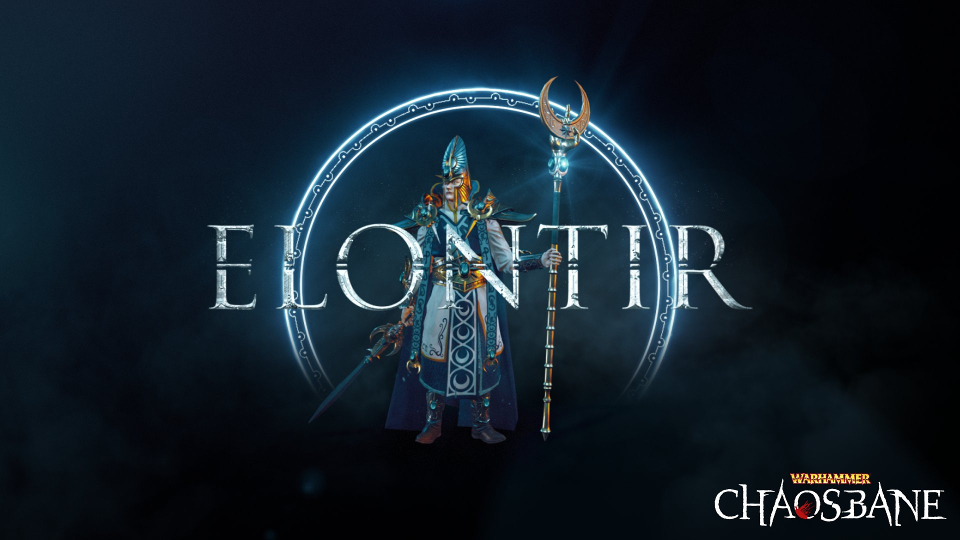 We’ve already shown you Konrad Vollen, one of the playable characters in the upcoming Warhammer: Chaosbane game due for release sometime in 2019. Now it’s the turn of Elontir the High Elf mage to have a moment in the spotlight.

Elontir is a veteran of war having already battled the forces of Chaos in Praag and the siege of Kislev, his prowess in battle has earned him much renown and the respect of his fellow soldiers. Elontir is a master of the Winds of Magic and his devastating long range magical attacks allow him to mow down the chaos hordes in vast swathes.

You can check out the launch video below:

All characters in Chaosbane have unique abilities. Elontir is able to precisely control the area of effect’s position for his spells using the controller’s right joystick or holding the space bar. With this capacity Elontir can, for example, slow time down on the enemy’s path to help his allies decimate the Chaos hordes. This effect can also be used to accurately push a group of enemies towards his allies who specialise in close combat, in perfect complementary co-operation.

Chaosbane is the first hack n slash game to take place in the Warhammer fantasy world created by Games Workshop. With 4 different characters to chose from – Human, High Elf, Wood Elf and Dwarf – each with their own skills and playstyle.

Warhammer: Chaosbane is expected to be released in 2019 on PC, Xbox One and PS4.