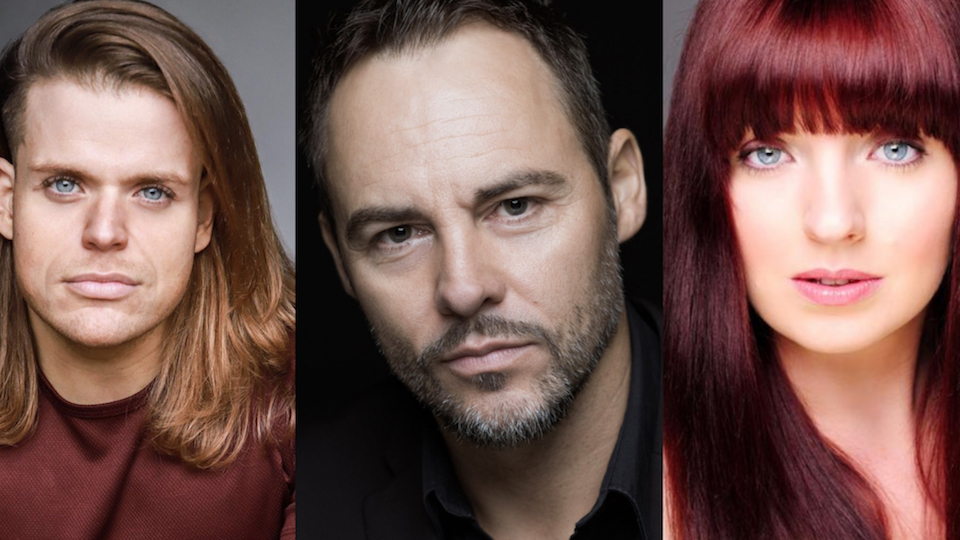 Giovanni Spano, Rob Fowler and Sharon Sexton, three of the stars of Bat Out of Hell, are among the first shows announced for The Space, a brand new cabaret venue in the heart of London’s West End within non-stop live music venue The Piano Works, West End.

One Night With… Giovanni Spano (January 10 at 7.00pm) sees the star of Bat Out of Hell (he originated the role of Ledoux) singing some amazing songs that have special meaning to him and talking about his life and career…and you may even have the opportunity to ask him anything you like.

Rob Fowler and Sharon Sexton, the voices of the original Falco and Sloane from Bat out of Hell will showcase their new album, Vision of You – Live in Concert (Friday 25 Jan at 7.00pm & 9.15pm)

Other shows in the opening season include:

Steph Parry – The Girl Who Ran Down the Road (Friday 18 January at 7.15pm & 9.15pm)
Steph Parry, who’s appeared in the hit West End shows Wicked, Mamma Mia! and Billy Elliot made headlines this summer when she ran down the road from 42nd Street to play Donna in Mamma Mia! when the leading lady sustained an injury.  Consequently, she was given the leading role of Dorothy Brock and now fresh from that run, brings her solo show to The Space.  A night filled with Musical Theatre, feel-good pop songs, self-penned comedy rewrites and several understudy stories that would more commonly be seen in a nightmare. Over 18s only.

Lisa-Marie Holmes celebrates the music of the legendary Barbara Streisand (Saturday 12 January & Sunday 13 at 7.00pm)
Having travelled the world, performing in concerts, cabarets and musicals such as Pricilla Queen of the Desert and Rent, she returns 10 years later to revisit her favourite artist, whom she played in the UK Tour of You Don’t Bring Me Flowers. Join Lisa-Marie, her four piece band and special guests for an evening of stories, drama and Barbara’s most loved anthems. An evening not to be missed for any Streisand fan!

Counterpart Duo (Friday 15 February at 8:00pm)
Counterpart Duo are a sensational vocal duo made up of best friends, Peter and Sam. The pair are seasoned professionals with years of experience under their belts. The London based duo have worked all over the country in show productions for the past 10 years.They’ve gigged across the UK, sung on cruise ships and toured internationally.

All shows can be booked via www.ticketsource.co.uk

In this article:Bat out of Hell The Musical, Giovanni Spano, Rob Fowler, Sharon Sexton, Studio 88, The Piano Works, West End