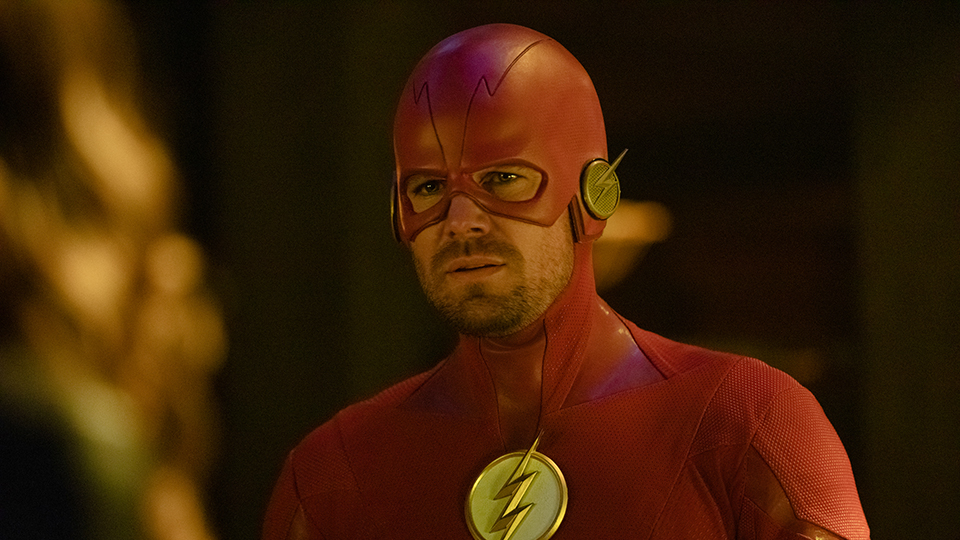 On the latest episode of Arrow, Oliver (Stephen Amell) adjusted to life outside of prison where he no longer had to hide his identity.

It didn’t take long for him to be thrown back into his old life when a murder took place at a party honouring him. The main suspect was the new Green Arrow but Oliver, Dinah (Juliana Harkavy) and Rene (Rick Gonzalez) weren’t convinced.

Oliver was brought into the SCPD to work alongside the police by Dinah so that he could avoid the anti-vigilante law. It was revealed that the new Green Arrow is Oliver’s half-sister, who he doesn’t know exists.

Meanwhile Oliver and Felicity (Emily Bett Rickards) struggled to get their relationship back on track. Oliver realised how much of a toll his incarceration had on Felicity but was angry that she now possessed a gun.

In the future Dinah, William (Ben Lewis) and Zoe (Andrea Sixtos) met with a woman known as Blackstar (Katherine McNamara), who had been in touch with Felicity about the plan to destroy Star City.

Unmasked was the mid-season finale of sorts for Arrow but of course the annual crossover is currently underway in the UK. The first episode of the three-night crossover aired last Thursday as part of The Flash’s fifth season.

In the episode Oliver and Barry (Grant Gustin) mysteriously swapped lives. Arkham Asylum psychiatrist Dr. John Deegan (Jeremy Davies) was given a book that allowed him to rewrite reality by a powerful stranger and that seemed to be the cause of Oliver and Barry’s new realities.

Team Flash didn’t believe that Oliver and Barry had swapped lives and they locked them in the pipeline. Oliver used his new Flash abilities to get them out and they convinced Iris (Candice Patton) to let them flee to Earth-38 to find Kara Danvers (Melissa Benoist).

They tracked Kara down to Smallville where she was spending time with her cousin Clark (Tyler Hoechlin) and Lois Lane (Elizabeth Tulloch). Upon returning to Earth-1 with Clark in tow, they had to join forces to stop a powerful ability copying robot known as A.M.A.Z.O.

Cisco (Carlos Valdes) had a vision and he saw the stranger giving Dr. Deegan the book. Oliver drew Cisco’s vision and realised they had to travel to Gotham City to get answers.

The next episode of the season is Elseworlds Part 2. Still trapped in each other’s bodies, Oliver and Barry head to Gotham City with Supergirl to find out why their reality changed and cross paths with the mysterious Kate Kane (Ruby Rose).