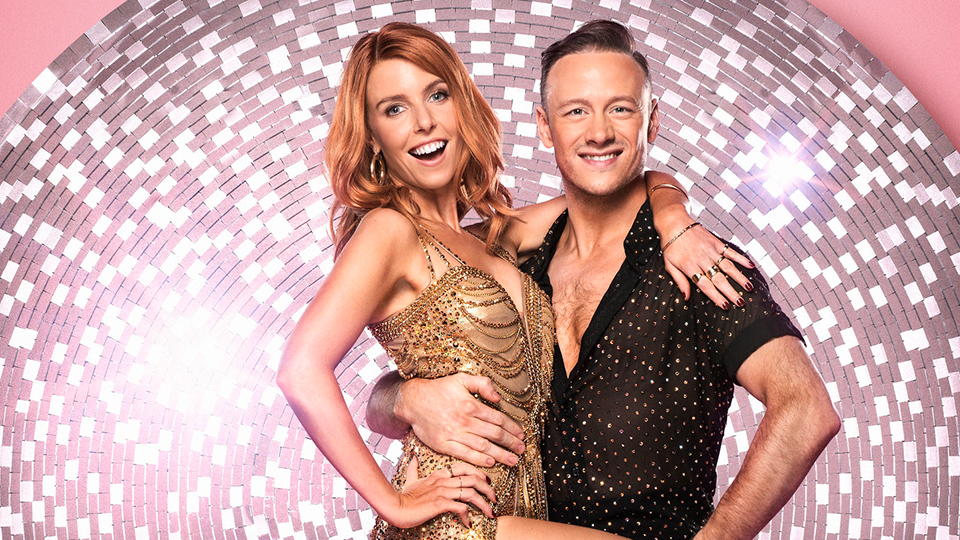 The TV presenter and broadcaster and her professional partner Kevin Clifton dropped to the floor and screamed with delight as their win was announced. They lifted the glitterball trophy ahead of fellow finalists Ashley Roberts, Faye Tozer and Joe Sugg.

Stacey and Kevin scored a total of 114 points for their three dances in the final, including 39 out of 40 for their Showdance to Wilson Pickett’s Land Of A Thousand Dances. They also performed their Foxtrot and Paso Doble. Despite being bottom of the leaderboard on the night, the pair had been the bookies’ favourites to win and their triumph shows the public have completely fallen in love with them.

Speaking immediately afterwards to presenter Tess Daly, Stacey praised her partner Kevin, saying: “You know how highly I think of you. I think you’re the biggest gem. You’re patient, you’re talented, your choreography is second to none. I’ve had the most incredible time, and you so deserve this.”

It’s also a first win for professional dancer Kevin, after reaching the final four times previously. He said: “It’s a Christmas miracle!” before thanking Stacey for “being so amazing… and being the most wonderful person to work with. You’ve always worked so hard and with a massive smile on your face. I just think the absolute world of you.”

Congratulations to Stacey and Kevin, and to all this year’s Strictly Come Dancing finalists!

Strictly Come Dancing will return for a Christmas Special at 5.30 PM on Christmas Day on BBC One.