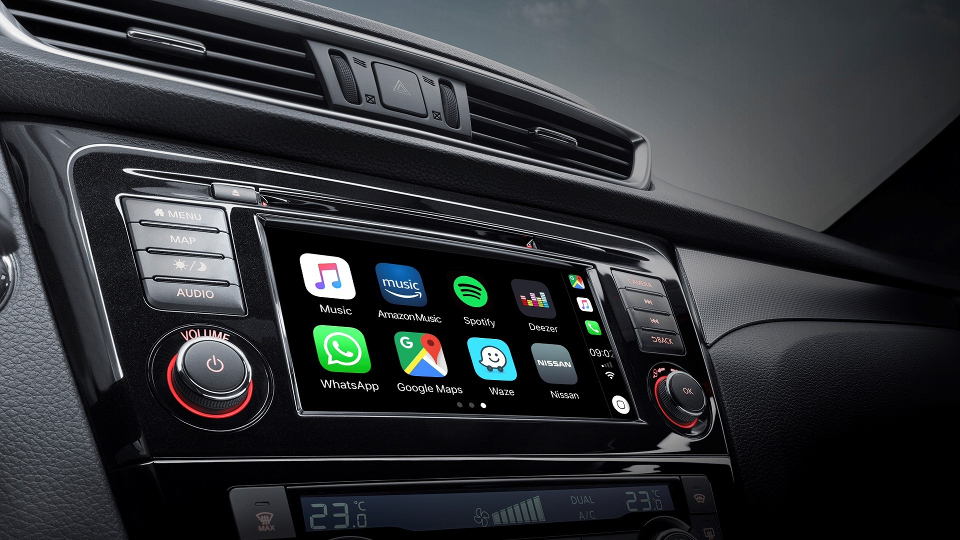 A new study by Nissan has revealed that connectivity of cars and smartphones is having a significant impact on what we listen to when behind the wheel. Motorists’ listening habits are shifting from broadcast radio and physical entertainment formats, such as CDs, to downloaded or streamed audio via connected smartphones or tablets.

The number of drivers that now mostly listen to on-demand entertainment via smartphones has more than doubled compared to five years ago. This is likely thanks to new technologies such as Apple CarPlay or Android Auto.

In a survey of 2,000 UK motorists, one in six (15.4%) said they prefer to listen to podcasts, audiobooks, downloaded playlists or streamed music direct from their smartphones. Just 11% of drivers still listen to ‘hard’ formats of audio, including CDs, compared to more than a quarter (27%) five years ago.

Despite the shift in habits, less than half (46%) of drivers admitted knowing how to work all of their in-car entertainment technology. A third said they are glad they drive now compared to 30 years ago when in-car technology wasn’t so advanced. 60% of drivers also think that driving is ‘more fun’ if they are able to listen to music or other forms of entertainment.

“In-car connectivity is one of the major transformational technologies of the automotive industry, and a pillar of the Nissan Intelligent Mobility vision for the future of motoring.”

“Today, largely through smartphone connectivity, we have an infinite library of content at our fingertips. It’s perhaps no surprise that driver preferences are shifting towards on-demand and streamed services, rather than scheduled broadcasts or offline audio formats such as CD.”

“Within the next decade, the integrated systems in our vehicles will be processing huge amounts of data. We’ll be streaming audio, navigational and visual information, entirely through cellular transmissions, with 4G and 5G connection speeds required to manage this data demand.”

“As a result, by 2030, it’s entirely feasible that the car aerial may be another feature consigned to the automotive history books.”

The latest version of the Nissan Qashqai, the UK’s best-selling crossover, is now available with an all-new infotainment system with significantly enhanced functionality. Apple CarPlay and Android Auto are also introduced on the model.

New NissanConnect further enhances the relationship between driver and vehicle. The benefit for customers is seamless and intuitive integration of their smartphone with the vehicle, plus the ability to download ‘Over The Air’ (OTA) map and software updates.