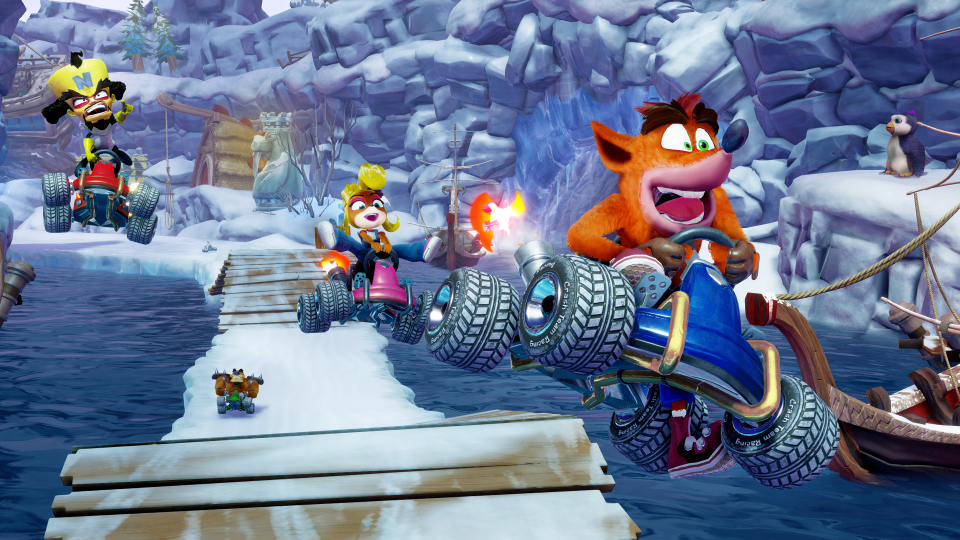 As beloved PlayStation classics are getting remastered, Crash Bandicoot isn’t quite done with us all yet! Coming through the line today and back for it’s 20th year anniversary–Activision has announced the official HD remaster of the much loved Crash Team Racing Nitro-Fueled due to release on June 21st, 2019!

Opening for pre-orders today, you can own this piece of racing glory on PlayStation 4, Nintendo Switch, and Xbox One!

The pre-orders offer the option to ramp up your racing starting with the Nitros Oxide Edition. In this digital deluxe edition, you’ll have main villain, Nitros Oxide as a playable character right from the start in every game mode. A few goodies to go along with that will be different skins for Oxide’s Hovercraft kart, and space skins for Crash, Coco and Cortex amongst other cool stuff that has yet to be revealed. If you don’t fancy this edition but still would like to play Nitros Oxide–fear not! You can unlock him through a series of seriously difficult challenges!

You will have a variety of modes to play through in the base game: Adventure, Arcade Single Race and Cup Race, Time Trials and Battle Mode. As to be expected for some multiplayer mayhem, in addition to single player mode, Crash Team Racing Nitro-Fueled will also support playing vs. friends either online or offline. Start your engines, because we’re going to be in for a radical ride!

You can learn more about this awesome announcement at the official Crash Bandicoot website.

View some Crash Team Racing Nitro-Fueled screenshots in our gallery: