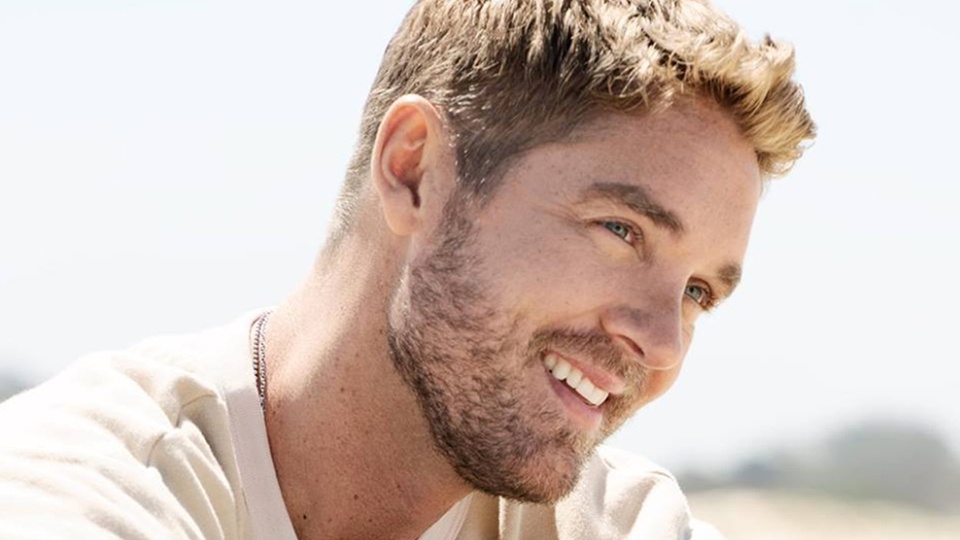 Brett Young has been one of the biggest breakout Country stars of the past couple of years. His self-titled debut album, was certified Platinum by the RIAA and it spawned four consecutive number one singles (Sleep Without You, In Case You Didn’t Know, Like I Loved You and Mercy). Outside of the US Young has been building his international profile and he made his second trip to the UK in March as part of C2C: Country to Country. Since then we’ve been waiting for him to come back for a headline tour but he’s been busy working on his second album Ticket to L.A., which arrives today.

For Ticket to L.A. Young has reteamed with producer Dan Huff, who worked on his debut album, and many of the songwriters from that project. As evidenced by lead single Here Tonight Young isn’t attempting to reinvent the wheel here. That’s not meant as a harsh criticism either, why would you break a formula that’s resulted in a Platinum album and four number ones? Ticket to L.A. is geared to adding more number ones to Young’s already impressive tally and there’s absolutely nothing wrong with that. The majority of the album sticks to the radio-friendly Country/pop sound he explored on his debut but pushes it a little further, especially in the lyrics.

The title track, which was available to stream and download for the past few weeks, opens the album and it’s a perfect bridge from album one to two. That catchy production is there, Young’s distinctive soulful voice takes centre stage and there’s a strong melody that will stick in your brain. There are a couple of moments that take Young’s sound in a slightly different direction. Where You Want Me is a little more overtly soulful than anything we’ve heard from Young before while The Ship and the Bottle has a more traditional Country feel with a bit of Spanish-influenced guitar in the mix. Reason to Stay is another moment that leans into Young’s soul influences before exploding into one of the catchiest choruses on the record.

Anyone looking for another In Case You Didn’t Know may be disappointed. The biggest ballad on the record is the romantic Change Your Name, presumably inspired by Young’s own nuptials. It definitely has single potential and it’s destined to be played at weddings across the world throughout 2019. Elsewhere Gavin DeGraw appears on Chapters, which bears more than a passing resemblance to Dan + Shay’s epic Tequila, Catch finds Young pushing his vocals a little harder, and Let It Be Mine is a gorgeous moment with emotive vocals.

The album closes with Don’t Wanna Write This Song, which could be a continuation of Mercy. The piano ballad showcases just how fantastic a vocalist Young is. He puts plenty of his distinctive riffs in his vocal delivery and sings with such passion. It’s one of the most emotionally honest moments on the record and it’s a bit of a tear-jerker.

Ticket to L.A. is the album that Young needed to make after his debut. It’s a continuation of that album sonically but there’s signs that progression is in the works. I expect that his third album will see him take a sharper turn musically into new ground but Ticket to L.A. shores up the foundations of the mega-success Young has enjoyed up to this point. With plenty of potential singles, crossover appeal and radio-friendly tunes, Ticket to L.A. should take Young to the next level in his career.