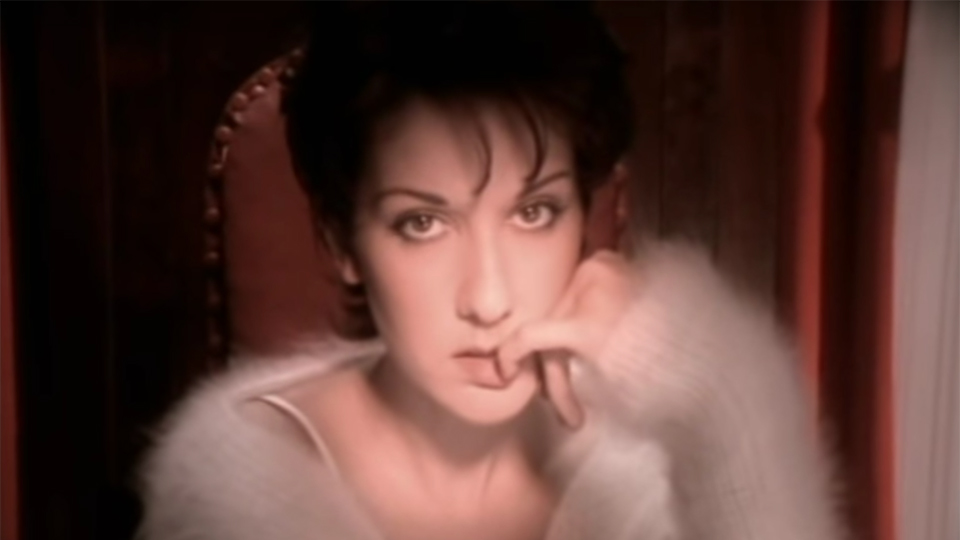 Celine Dion fans are being really spoiled this year. First Sony Music CMG re-issued her classic albums Let’s Talk About Love and Falling Into You on vinyl, and now they’ve released a limited edition 25th anniversary edition of Dion’s 1993 album The Colour of My Love. The set is a double-LP pressed on 180-gram turquoise vinyl and it features all 15 tracks from the original UK release.

The Colour of My Love is the album that turned Dion into a global megastar. She’d already has success outside the UK prior to the album’s release but The Colour of My Love was the first record that charted across the world. It went on to sell more than 20 million copies worldwide and in the UK it was certified 5x Platinum. The first single from the album in the UK was Dion’s cover of Jennifer Rush’s The Power of Love, which peaked at number 4. Follow-up single Misled saw Dion take a rare departure into a dance-led sound but it only managed to reach number 15. It was third single Think Twice that really exploded giving Dion her first number 1 in the UK.

What The Colour of My Love managed to do for Dion is show that she’d fully transformed from child to adult star. The album as a whole has an adult contemporary sound featuring a variety of beautifully orchestrated ballads, a couple of carefully selected covers and some real surprises. Despite fans loving it on its initial release, critics were unfairly harsh to the album. Listening to it 25 years on, it’s clear that the critics simply missed the point as The Colour of My Love is one of the greatest albums by a female singer ever recorded. Arriving around the time Mariah Carey and Whitney Houston were dominating the charts, The Colour of My Love was a real showcase for Dion’s crystal-clear powerhouse vocals and stellar range.

Only One Road, the album’s fourth single, is one of the album’s finest moments. It’s a classic ballad that features one of the best vocals on the record. The power, strength and control she has over her voice is astounding and she makes hitting all those notes sound effortless. Dion’s style is very different to her contemporaries and her vocals often a lot purer. She doesn’t go in for tricks, breathy vocals or scaling up notes. Instead she sings with power, conviction and plenty of emotion.

There are plenty of moments on The Colour of My Love that deserve more praise than they’ve had. The sultry beat-driven Everybody’s Talkin’ My Baby Down is an absolute gem, the hauntingly brilliant Refuse to Dance remains one of Dion’s most underrated recordings, and the gorgeous Next Plane Out is a vocal masterclass that makes you realise just what an incredible singer Dion is. Elsewhere Real Emotion has a carefree breezy feel, Love Doesn’t Ask Why is gospel-tinged and Lovin’ Proof features some seriously spine-tingling growls.

The album closes with the title track and it’s a classic Dion ballad. There’s not a whole lot of instrumentation so you can concentrate on the purity of Dion’s remarkable voice. The song builds nicely and towards the end there are some impressive belts and sustained notes.

For this vinyl reissue The Colour of My Love has been given a gatefold package featuring the original artwork. The discs are contained in two full colour sleeves with the lyrics printed on so you can sing along (or try to). The quality of the pressing is impressive and the sound quality really clear. Sometimes powerhouse singers can sound a little fuzzy towards the top end of their range on vinyl but there’s no problem with that here. Dion sounds magnificent as does the vinyl pressing.

The Colour of My Love for me is Dion’s best body of work. She’s come close in the years since but this will always have a special place in my heart. Hearing this classic album on vinyl is truly special and it’s the best of the three reissues we’ve had from Sony Music CMG this year. With so many fantastic hits, The Colour of My Love is a superb record and this 25th anniversary edition celebrates it perfectly.

Advertisement. Scroll to continue reading.
In this article:Celine Dion