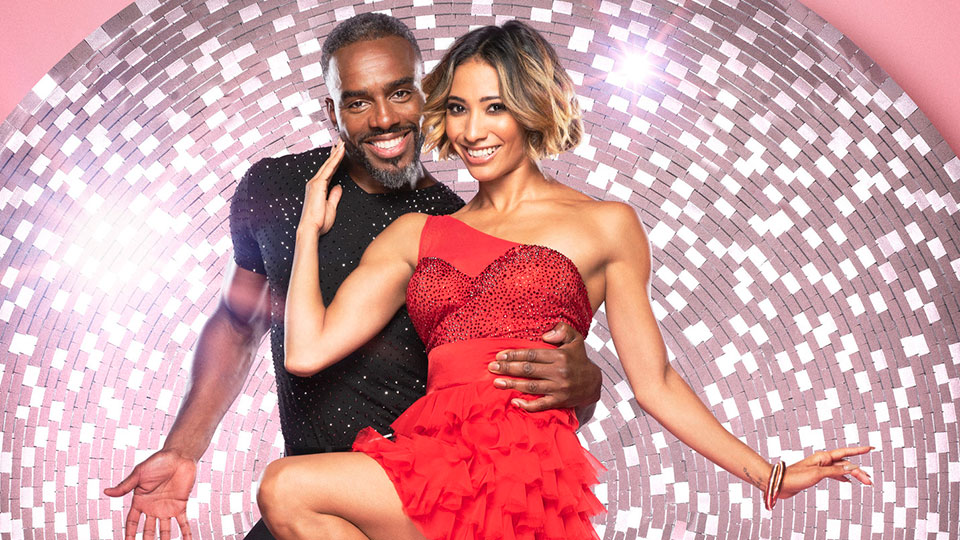 How is it the Quarter Final already? This series of Strictly Come Dancing has absolutely whizzed by.

Last night the six remaining couples put their best foot forward (or at least they tried to) to secure a place in next week’s semi-final. Graeme Swann narrowly missed out on a spot in the Quarter Final after losing the dance-off to Ashley Roberts last weekend.

The Quarter Final had a Musicals theme meaning that costumes, production and routines were bigger than ever. Who earned a place in the semi-final?

Lauren has been really lucky the past couple of weeks to stay out of the dance-off. She’s one of the weaker dancers left in the competition but the public do love an underdog. For the Quarter Final Lauren and AJ danced a South Pacific-themed American Smooth.

The dance: Lauren and AJ really embraced the theme. The routine was a big production and to Lauren’s credit she danced really well. It looked more effortless than some of her more recent performances. Good work!

The comments: Shirley said that Lauren turned the heat up telling her she was ‘outstanding’. Bruno said ‘what a return to form’ telling Lauren she ‘danced like a dream’. Craig told Lauren that ballroom was her strength and said she really flew during the performance. Darcey commented ‘a stunning transformation’ and commended Lauren on her turns.

Steps singer Faye has been one of the frontrunners during this series. She has continually impressed and been battling Ashley Roberts for poll position. For this week’s dance she had to tackle the Charleston with a The Sound of Music theme. During the week Faye and Giovanni learned to yodel. Did it help?

The dance: Faye’s performance side really came out during that routine. To my eyes she was flawless, full of energy and radiating personality.

The comments: Bruno said that ‘everyone was on their feet’ and told Faye it was ‘the ultimate crowd-pleasing show-stopping delight’. Craig dead panned ‘I thought the goats were good. You weren’t bad either. Well done.’ Darcey said that Faye reflected her character without losing focus calling the performance ‘perfection’. Shirley said that Faye is ‘a pure diamond’.

Charles Venn has spent a lot of time defending his place in the competition after finding himself in the dance-off several times. For his Musicals performance Charles and Karen Clifton performed a West Side Story-themed Rumba. Charles admitted it was a tricky routine and Karen revealed it was her favourite musical.

The dance: Having a dance troupe surrounding them made the Rumba feel less intense and personal than it should. Charles acquitted himself pretty well but you could tell he was really concentrating moving from step to step.

The comments: Craig said that Charles coped well but criticised him for dancing ‘one-sided’ on occasion. He did go on to say it’s the ‘best male Rumba’ he’s ever seen from a celebrity. Darcey said that Charles had control and commended his balance. Shirley said Charles took an extreme masculine role. Bruno said Charles created a great atmosphere telling him he’d ‘triumphed’.

Ashley Roberts was in the dance-off last week, which was absolutely ridiculous. The public seem to be taking issue with Ashley’s dance experience as her performances are consistently of a high standard. Last night Ashley and her partner Pasha Kovalev danced the Quick Step with a Funny Girl theme.

The dance: Another strong performance from Ashley. I really wish people would vote based on the dancing rather than their perceptions of previous dance experience. Ashley is a fantastic dancer and this was one of the night’s best performances.

The comments: Darcey said Ashley’s routine was ‘demanding and so fast’ commending her for her stamina. Shirley told Ashley that she thought the choreography was too busy. Bruno called the routine a ‘smash hit’. Craig said he loved how ‘fast and furious’ it was.

Stacey got three 10s last week so she was on a high going into this week. Her performance this weekend was inspired by Les Miserables and during the week they were visited by two of the stars of the West End version. Did Stacey get more 10s for her American Smooth?

The dance: At this point I would say Stacey is the favourite to win the series. She’s had no dance experience and this journey has been a rollercoaster. The American Smooth showed just how far she’s come since week 1 and she’s turning into a very strong dancer.

The comments: Shirley told Stacey the routine would stay in her heart forever saying she loved ‘everything’. Bruno admitted he’d been crying and told Stacey he was with her every second of the way. Craig said it wasn’t technically perfect but he told Stacey it didn’t really matter because it was honest and truthful. Darcey told Stacey that what she carried off wasn’t easy.

The final performance this weekend came from YouTube star Joe Sugg. He took on Joseph and the Amazing Technicolour Dreamcoat for his Salsa. During the week Jason Donovan, who has played Joseph on stage, stopped in at training to give Joe support. Did Joe end the night on a high note?

The dance: That performance was so bizarre. I’m honestly not sure if I loved it or hated it. I don’t think it was Joe’s best and he seemed a little lost in places. He clearly had fun though!

The comments: Bruno said Joe’s ‘dreams really have come true’. Craig told Joe that the Salsa part of the routine lacked fluidity but complimented his presentation. Darcey loved the conviction in Joe’s face and told him he handled the lifts well. Shirley said ‘A* for presentation’.

Strictly Come Dancing 2018 continues tonight at 7.20pm on BBC One. Take a look at all the couples in rehearsal yesterday in our gallery below…