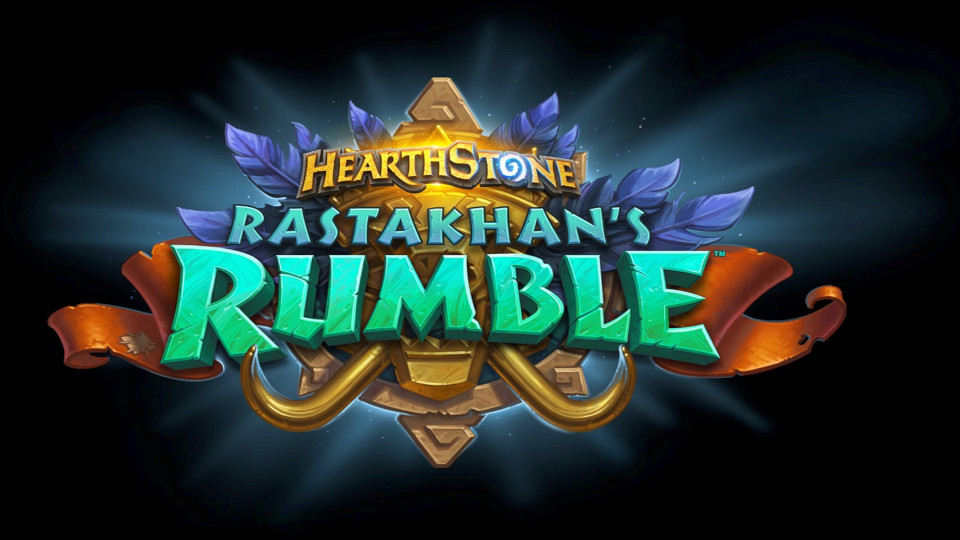 The new Rastakhan’s Rumble expansion for Hearthstone is available from 4th December. Details have recently been revealed regarding the cards that will be available. Taking place in Gurubashi Arena, which if memory serves me correctly is in Stranglethorn Veil, renowned Troll gladiators and fans will congregate to witness the Rastakhan’s Rumble. Containing 135 new cards in total and new mojo-fuelled mechanics this new deck is sure to shake things up.

Players will be able to claim some free cards simply by logging in on the release day, the cards you can claim are a free Legendary Loa, two Spirit cards from the same class, and six Rastakhan’s Rumble card packs.

A few Hearthstone celebs including Hearthstone Lead Final Designer Dean Ayala and Hearthstone streamer Brian Kibler have got together and streamed all of the details of the release which you can check out below.

For those eager beavers out there you can already pre-purchase Rastakhan’s Rumble packs now but you can’t open them until December 4th. That is unless you attend one of the public pre-release events where you’ll be able to open your packs earlier. For a list of all the events check out this site but be warned there aren’t that many places to do so, especially in the UK.