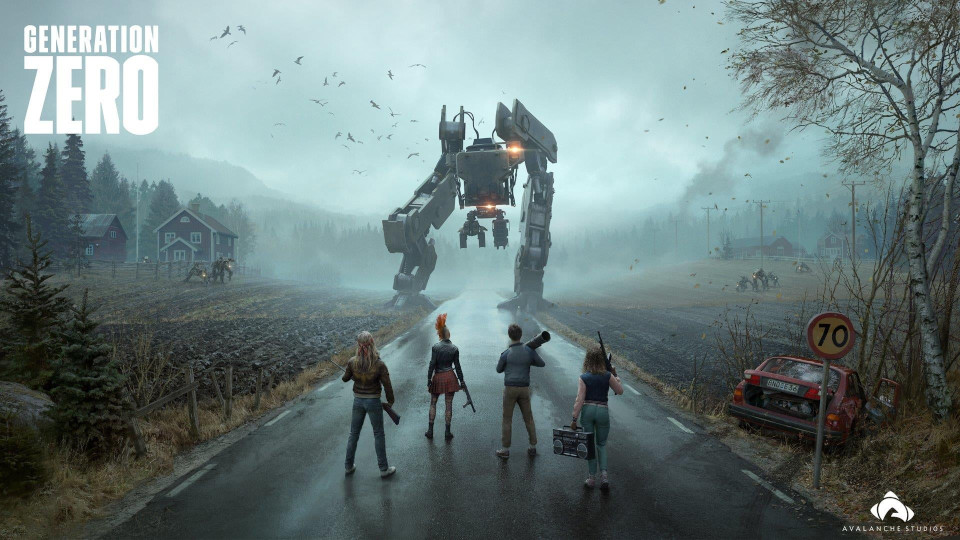 Generation Zero, by Avalanche Studios, puts you in the shoes of a Swedish student who has returned home to find that all of the people have disappeared and that Sweden has been taken over by a group of pathological robots, oh and it’s most definitely set in the 80s. Now if that’s not enough to get your interest then well, you must be dead inside.

Generation Zero is a FPS action survival game with a few unique twists. You and up to 3 friends will be able to explore this beautiful open world as you gather resources and take the fight back to the robots who have taken over whilst trying to unravel what’s been going on.

You can check out the announcement trailer below:

Generation Zero promises a full day/night cycle, complex AI, realistic ballistics and a banging 80s soundtrack to boot! Myself and our deputy editor Greg got hands on with Generation Zero in its closed beta phase and the game showed great promise. The world felt eerily empty with the lack of human inhabitants giving the game a mysterious feel. Despite this emptiness the game world was very very pretty to look at, though it did sound like it was taking it’s toll on my 1080 gpu. A nice touch is the addition of notes and other clues scattered around the game world which help to fill in some of the back story.

The combat when we found it was frantic and the AI seemed pretty decent using flanking maneuvers to try and kill our 80s nerd characters. We found a shed load of ammo but not a great variety of guns to use. We did at one point come across a massive ED 209 (for younger readers check out the original RoboCop) style robot that absolutely destroyed us so it’s nice to know that these challenges are out there as hopefully is the weaponry to deal with them. Avalanche state that any damage caused to the larger robots remains, even if they kill you, meaning you can have another go later on once you’ve got better gear or brought more friends along. To begin with running away from these bigger challenges is definitely a viable tactic.

The 80s theme only really showed itself in 2 ways. First in the character creation stage where everyone you can make is basically a throwback to every 80s nerd movie out there. Secondly it was in the numerous boomboxes scattered around the world that you can use to distract enemies. We found that that you can also simply drop them on the ground where ever you want to trigger them. One of my most memorable moments was when I locked Greg in a phone box after I’d lobbed in a firework or two and then dropped a boombox to the floor to be the soundtrack to my betrayal. Spoiler alert: Greg survived and it kills me that I wasn’t recording at the time.

Joking aside, Generation Zero looks like it could shape up into a really decent game and the whole robots and 80s thing could make it stand out. It already has stunning graphics, challenging combat and a really unique storyline. The game is expected to release in 2019.

You can check out the first 45 mins or so of my first single player outing below:

You can view the official Generation Zero website and Steam page for more information.