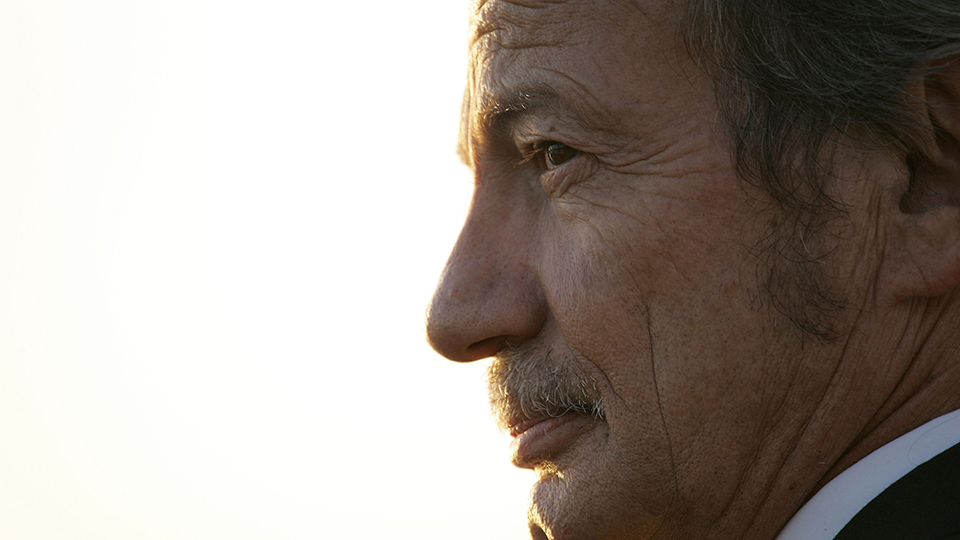 It’s a case of ‘Allo, ‘Allo, ‘Allo on Walter Presents this month with three new (to the UK audience, at least) French dramas to tempt you.

First up is Duel en Ville which appears to be a France 3 production dating back about 10 years ago. It’s a relatively short series – just four one-hour episodes. It involves a shady Mayor who accidentally kills his mistress during a relatively innocuous shoving match. The mistress, incidentally, is played by non-other than the wonderful Audrey Fleurot – star of quite possibly the best French TV series ever, Spiral. Audrey’s involvement is woefully brief, sadly, as there’s a rapidly widening pool of blood under her head as she bleeds out on the carpet. Shame!

The Mayor – who makes no attempt to revive his lover – calls in his chauffeur to help clean up the mess; but just as he arrives, the mistress’ cleaner turns up too. The chauffeur – who, it turns out, has much more to his CV than merely driving a car about – dispatches of the cleaner with a quick twist of the neck, and now there are two dead bodies to tidy up.

The body of the cleaner turns up two weeks’ later, hanging from a bridge in an apparent suicide. The conclusion drawn by the French police is that she killed her boss and then took her own life. However, new cop in town – Alexander Konygnski – has other suspicions. Konygnski has been transferred from Lyon, where he killed two fellow police officers. Accordingly, his new colleagues are loath to trust the guy – particularly as he’s also a recovering alcoholic.

There are some hackneyed clichés in here – not least the damaged but brilliant cop and his struggle with personal issues and to be accepted by his co-workers. But it’s a decent show; and the so-called chauffeur is worth watching for his pure evil and cunning. I just wish Audrey was in it for longer.

Second up is Contact. This is a TF1 production from 2015 about two brothers, one of whom has a psychic ability involving touch. He only needs to handle a possession to know about the life of the person who owned it. As such, this is probably more sci-fi than thriller, but since the other brother is a policeman in Aix, there’s plenty of criminality too.

In the opening scenes, the psychic brother – Thomas Adam (played by Thomas Jouannet) – is in America, imprisoned for murder. But he’s made a pact with the FBI to use his powers to help them solve crimes, in exchange for some freedom. But when he receives a threat to his brother back in France, he goes AWOL and returns to save his sibling. Whether or not he’s successful, you will have to watch episode one to find out.

This show has a very glossy US feel about it – were it not for the accents and subtitles, you could easily imagine this being an American cop show in the vein of Medium or The Mentalist. There’s even one scene where the cop brother – Eric Adam, played by Alexis Loret – is interviewing a suspect and says to him “what do you think this is – a American cop show?”! How close to the mark!

Despite its formulaic style and glossy look, I actually enjoyed the first episode very much. The storyline revolved around a missing girl; but the plot was pretty much secondary to establishing the characters in this opening gambit (the first of eight episodes), and the back story about why Thomas is back and looking out for his brother. Worth checking out!

And the third of the trilogy of new French Walter Presents shows is State Conspiracy (or Manipulations, in its native French), a TV movie rather than a series. This one-off production from 2012 is about a police superintendent – Franck Berrot (played by the very non-French sounding Lambert Wilson) – from an anti-terrorism unit who, despite some controversial methods, is brought in when a group threatens to blow up parts of the French railway system.

As the case develops, it becomes more and more apparent that despite the monetary ransom demanded by the terrorists, their motivations are more related to the impending political elections – and the protagonists might be closer to home than Franck could have imagined.

Aside from the small matter of terrorists blowing up the railways, Franck also has to contend with the apparent suicide of his politician father-in-law, and the break-up of his marriage. We also get the usual cop chestnut of him failing to attend his daughter’s ballet class because of his commitment to the job, plus there’s a fairly unlikely one-night stand with a colleague. The personal-life stuff is a bit of a detraction, frankly, from what is a very well-written and fascinating political thriller.

Despite having said that, there are moments when you find yourself thinking that no policeman in his right mind would do what that bloke on the screen has just done. But on the whole, it’s an entertaining 90 minutes watch. And it’s worth sticking to until the very end, because – and hats off to the writers for this – the conclusion to the drama is a real “oh my God, I didn’t see that coming!” moment.

Duel en Ville, Contact and State Conspiracy are all available to stream online now at All 4 courtesy of Walter Presents.