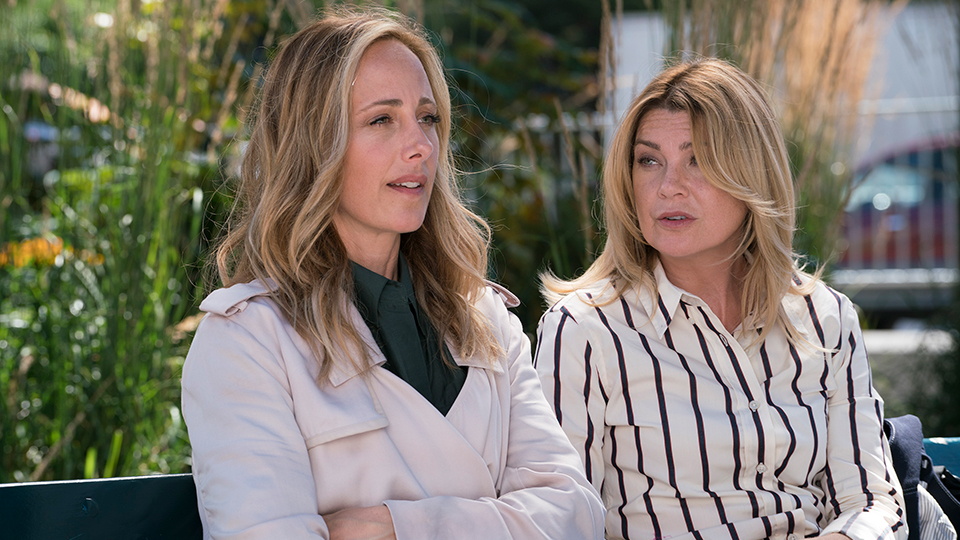 Angry with Jackson’s (Jesse Williams) decision to take off without talking to her first, Maggie (Kelly McCreary) found a potential new suitor on the latest episode of Grey’s Anatomy.

When the Station 19 crew arrived at the hospital with a patient, Dean (Okieriete Onaodowan) tried to pluck up the courage to ask Maggie out. Andy (Jaina Lee Ortiz) teased him and when he went through with it, Maggie didn’t give him an answer.

While she dealt with that, Maggie started to obsess over Teddy’s (Kim Raver) secret and eventually revealed it to Meredith (Ellen Pompeo).

Meanwhile Alex (Justin Chambers) felt used by Jo (Camilla Luddington) when she asked for a new MRI machine while they were in bed together. He also got into hot water when made a risky move to treat a patient with a pre-existing condition.

Elsewhere Meredith went on a blind date and turned heads at the hospital, Amelia (Caterina Scorsone) sought advice from Owen’s (Kevin McKidd) mother to deal with Betty (Peyton Kennedy), and DeLuca (Giacomo Gianniotti) lost the child he was looking after for a patient.

The next episode of the season is Everyday Angel. Meredith reaches out to Teddy and helps her talk through some of her personal struggles. Owen and Amelia hide out near Betty’s school after she becomes a flight risk. Jo wants to get to work on the fellowship, but Bailey’s attention is elsewhere.

Tune in to Sky Witness HD at 9pm to see the episode. Preview it with our gallery below: