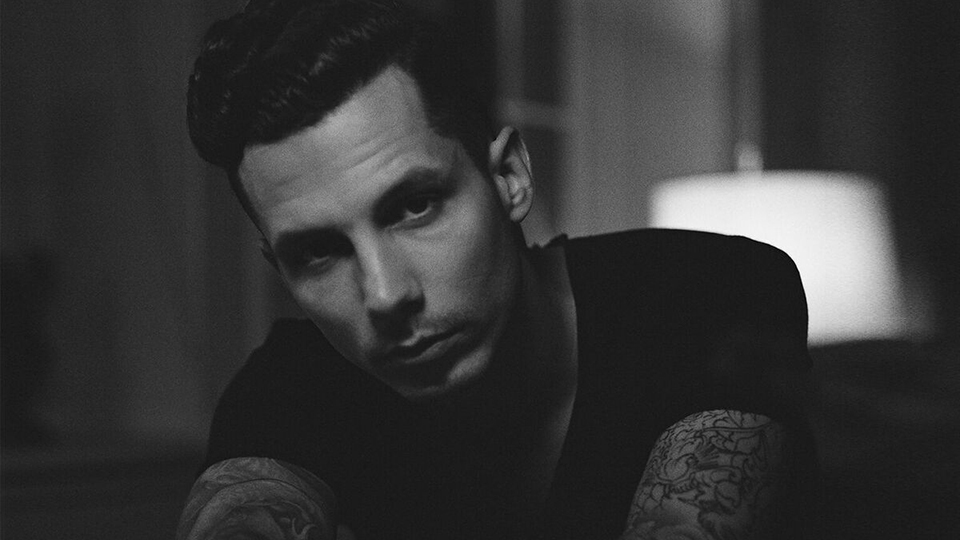 Earlier this year Devin Dawson performed an intimate headline show in London as the buzz around his debut album Dark Horse began to build. He’s one of the most popular rising artists right now, thanks to the huge success of his single All On Me. Fans have been eager for Dawson to return to the UK for a while, so it was a nice surprise when he was announced as one of the supports for Thomas Rhett. Last night he performed after Danielle Bradbery and he definitely won himself some more fans.

Dawson is an interesting artist who draws on lots of genres to create his own sound. I was intrigued to see what a full-band live set would be like and I wasn’t disappointed. As the title of his album suggests, Dawson truly is a dark horse. Dressed in his signature colour black, Dawson kicked off his set with War Paint, a song that had a much harder edge live. It was a sharp contrast after Bradbery, but the gear shift didn’t seem to throw the audience.

Across his 9-song set, Dawson showcased what he’s all about. From the catchy Dip to the funkier Placebo, he’s a rare kind of artist whose versatility allows him to explore a wide range of sounds. The bluesy Symptoms gave way to the bolder Prison, which both worked alongside the more Country-leaning Asking For a Friend. There’s something quite fascinating about watching Dawson perform. He loses himself in the music, particularly when he’s free from his guitar, and he lets his energy loose on the stage.

The beautiful Secondhand Hurt was a highlight in the set, a song that he explained came from the pain of breaking off a relationship with someone. Things picked up tempo again with All On Me, which sounded even more magnificent in a live environment. It’s an absolute tune and one of the best songs of the past 12 months. Dawson closed his set with latest single Dark Horse, the title track from his album. It’s one of my favourite songs and he performed it with plenty of passion.

Over his 45-minute set Dawson rocked out, made the audience dance, caused a mass sing-a-long and proved that he’s more than capable of living up to the hype. Behind his perfectly styled hair and his black clothes, lies a serious talent that is destined to go on to great things. Dawson is challenging the status quo with his music and he’s forging his own path. He’s also an incredibly gifted live performer and a remarkable artist.

In this article:Devin Dawson, Thomas Rhett