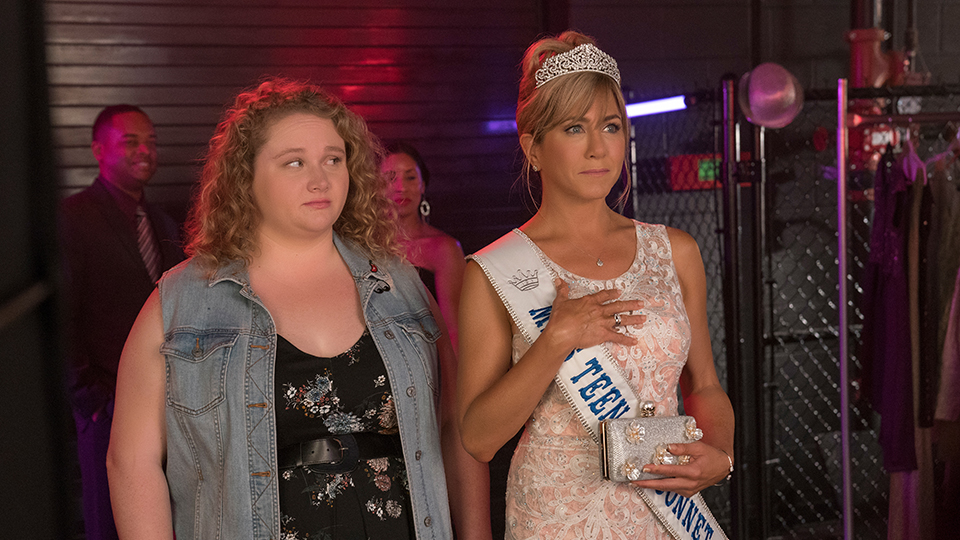 It’s less than a month until Dumplin’ lands on Netflix and a new trailer has been released along with the key art.

Dumplin’ (Danielle Macdonald) is the plus-size, teenage daughter of a former beauty queen (Jennifer Aniston), who signs up for her mom’s pageant as a protest that escalates when other contestants follow her footsteps, revolutionising the pageant and their small Texas town.

The film is an adapted screenplay by Kristin Hahn based on Julie Murphy’s #1 New York Times best-selling novel of the same name.

A Cota Films and 50 Degrees Entertainment Presentation, Michael Costigan (American Gangster, A Bigger Splash, Brokeback Mountain, Ghost in the Shell), Mohamed Alrafi (Above Suspicion, Lying and Stealing), Kristin Hahn (The Switch, Cake) and Trish Hofmann (Gringo, Get On Up) serve as producers, with Jennifer Aniston and Danny Nozell serving as executive producers.

Take a look at the key art for Dumplin’ below:

Dumplin’ launches globally on Netflix on 7th December 2018. For more information head over to netflix.com/dumplin.