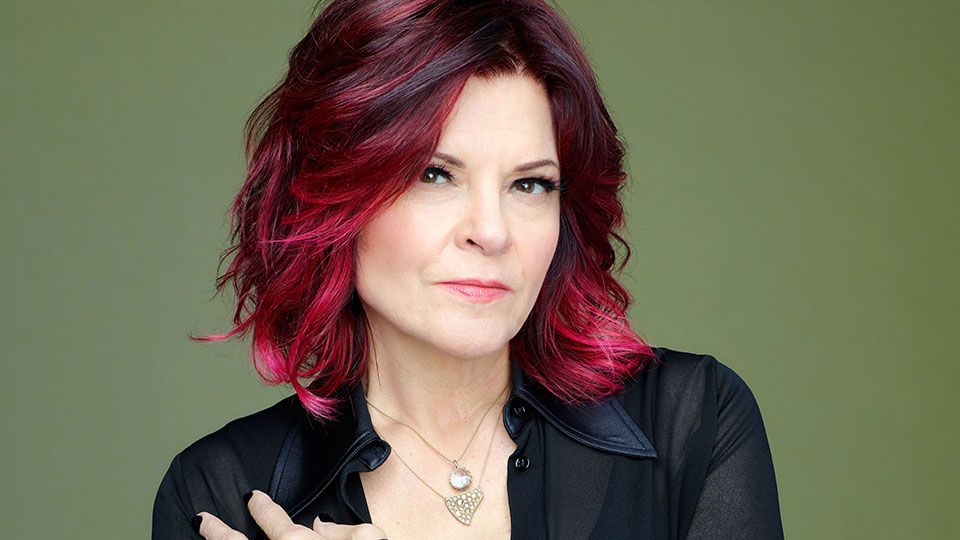 Being the child of a famous artist can be tough and it can make it near impossible for you to be taken seriously in your own right. Through hard work and her own talent, Rosanne Cash has forged a career that began in 1978 and carries on 40 years later. She’s got 14 studio albums under her belt, including two number ones, and 10 number one singles. Her last album was 2014’s The River & The Thread, which was her highest charting since 1985’s Rhythm & Romance. Cash recently released her 15th studio album She Remembers Everything.

She Remembers Everything opener The Only Thing Worth Fighting For featuring Colin Meloy is a moody track that sees Cash working her way through the destruction left by a failed relationship. It’s followed with the equally downtempo The Undiscovered Country, which tells the tale of a woman powering on with steely determination despite the hurdles in her way. The two songs are indicative of the kind of personal stories Cash interweaves into her lyrics.

For 8 Gods of Harlem, one of the album’s more uptempo moments, features Kris Kristofferson and Elvis Costello. It’s one of the album’s most interesting moments with each artist offering a different perspective on a shooting. Cash has been a vocal advocate for gun control so it’s not surprising, especially given the current climate in America, that she’s chosen to explore this topic. What may be surprising though is that the song has a deceptively perky beat that keeps it chugging along despite the tough subject matter.

Elsewhere on the record Cash explores long-distance relationships on the beat-driven Not Many Miles to Go, title track She Remembers Everything featuring Sam Phillips shares the downside of cataloguing memories, and Particle and Wave sees Cash highlighting the importance of chance to get to a better place. Album closer My Least Favorite Life returns to the moodier sound of the album’s opening tracks and it’s a tale of jealousy as a woman watches someone else achieve their dreams while she struggles.

She Remembers Everything is an album that takes in influences from many genres. Country is at the heart of all of these tales but there are elements of blues and jazz in the mix too. Cash’s voice is pretty haunting and it adds a dramatic edge to these personal stories she shares. For me the album is a little samey in places but it is a record that improves with each listen as you spend time unpacking the lyrics. If you’ve never quite immersed yourself in Cash’s music, you could ease yourself in with this latest effort.

Track list: 1. The Only Thing Worth Fighting For 2. The Undiscovered Country 3. 8 Gods of Harlem 4. Rabbit Hole 5. Crossing to Jerusalem 6. Not Many Miles to Go 7. Everyone But Me 8. She Remembers Everything 9. Particle and Wave 10. My Least Favorite Life Record label: Blue Note Release date: 2nd November 2018 Buy She Remembers Everything