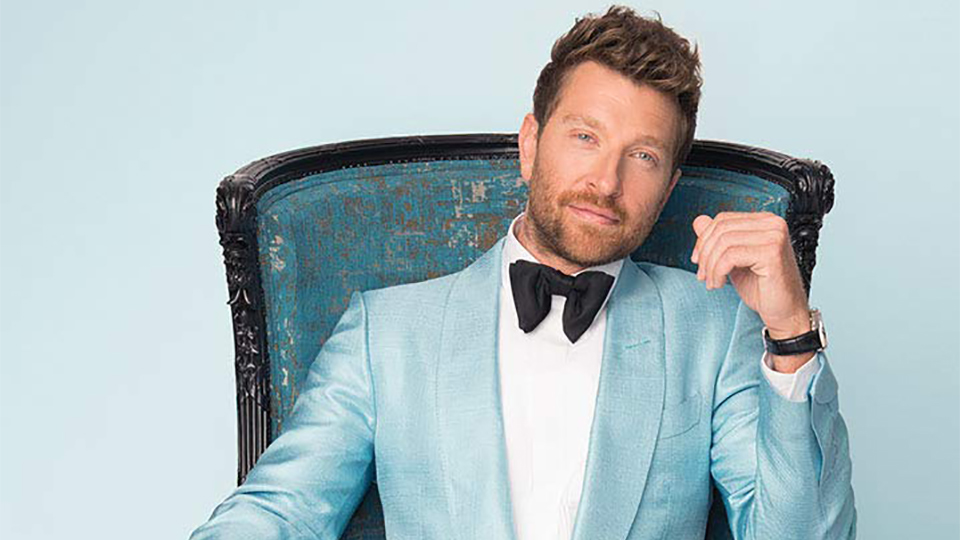 Christmas albums are a staple part of every year and it’s a bit of a rite of passage for artists to try their hand at creating a festive collection. Surprisingly harder than you might expect, few artists actually pull it off and wind up releasing a collection of sub-par Christmas recordings that add nothing to the songs we all know and love. In 2016 we were anxious about Brett Eldredge throwing his hat into the festive ring but the arrival of Glow was a wonderful surprise. Taking his cues from Frank Sinatra and Bing Crosby, Eldredge produced a stunning collection that is one of the best Christmas albums in recent memory (if not of all-time).

Two years on from Glow’s release, Eldredge has repackaged the album as a deluxe edition featuring an additional 7 tracks. Two of them – O Holy Night and The First Noel (A cappella) -were included as bonus tracks on some editions of the original Glow release and I’m glad they’ve been included among the track listing here. The first of the new tracks is Do You Hear What I Hear?, a song I’ve always despised until hearing this version. With luscious instrumentation, the song is elevated and it sounds warmer than I’ve ever heard it before.

O Holy Night shows the power of Eldredge’s voice as he soars, making great use of his vibrato and holding a pretty epic note in the last 30 seconds. The other new songs include a jazzy interpretation of Silver Bells, a loose but effective rendition of Sleigh Ride, and a fun version of A Holly Jolly Christmas. A surprising inclusion is Christmas Time is Here, a song more recently covered by Mariah Carey. In Eldredge’s hands it’s a smooth, laidback track that’s among the best here. My favourite track is the A cappella version of The First Noel. It shows just how magnificent Eldredge’s voice is and it’s simply stunning.

Elsewhere on the album the tracks from the original release sit nicely alongside these new tracks. The jazz-hands opener Let It Snow! Let It Snow! Let It Snow! Is as joyous as a Christmas song should be while the piano-led Silent Night is still a spine-tingler. Original track Glow is almost indistinguishable from the standards here, which is a compliment, and Have Yourself a Merry Little Christmas retains the dreamy feel of the standard while allowing Eldredge’s voice to ring out impressively.

At 18 tracks long, you’d expect there to be some filler on Glow but there isn’t. Every single song is a corker and deserves its place here. Glow will sit alongside the greatest Christmas albums for years to come and Eldredge’s love for the season is evident through these songs. He may be coming back to the UK to perform on the C2C: Country to Country Main Stage in March but I’m hoping he’ll do a Christmas tour next year so we can hear these songs live.