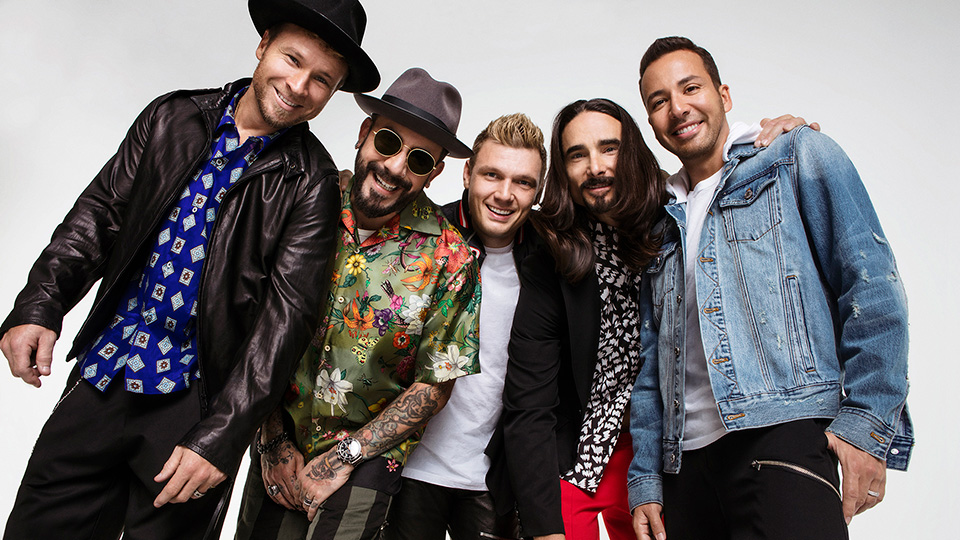 Backstreet’s Back as the Backstreet Boys announce the release of their 10th studio album DNA on 25th January 2019.

DNA will be supported with by an extensive headline tour, DNA World Tour, which is the Backstreet Boys’ biggest arena tour in 18 years. Over the course of 3 months the will perform across Europe and North America.

“When this group started 26 years ago – and through all the highs and lows of our career – we’ve had to learn it wasn’t about us as individuals but about what’s best for the group,” says Howie D.

“That’s what I love about this album,” adds Kevin Richardson. “We were able to bring all of our influences and styles into one coherent piece of work. These songs are a great representation of who we are as individuals and who we are as a group. It’s our DNA. We’re really proud of that.”

The new tour comes following the end of Backstreet Boys’ residency in Las Vegas. Backstreet Boys: Larger Than Life will come to an end on 27th April 2019.

The UK and European tour dates are:

The North American tour dates are:

If you pre-order the album before 3pm GMT on Tuesday 13th November 2018, you’ll receive priority access to tickets. For more information visit http://smarturl.it/bsb_ukstore.

Tickets are on sale at https://ticketmaster-uk.pxf.io/mAEX.