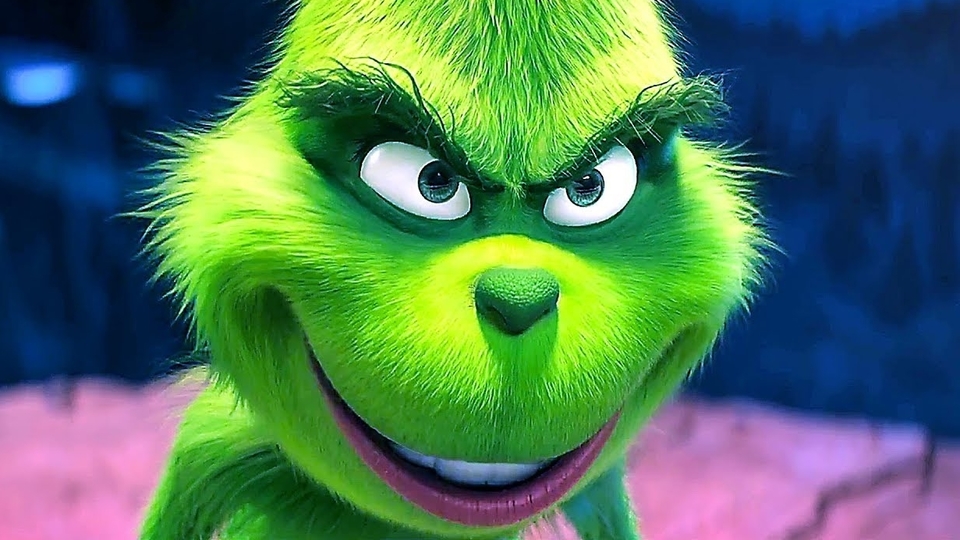 The beloved Dr. Seuss story about The Grinch is perhaps more of an American mainstay around the holiday season, but this latest version to hit cinemas certainly has undeniable charm that will endear itself to the home crowd. The Jim Carrey live-action version from back in 2000 is still great fun (even if Carrey looks terrifying for most of it), but this new animated version is a wonderful festive family treat that will certainly get you into the Christmas spirit.

The plot remains the same as before – the grumpy Grinch (voiced with glee by Benedict Cumberbatch) lives high in the mountains above the village of Whoville. But every once in awhile, he must begrudgingly make his way into town to get supplies with his trusty dog Max by his side. Sickened by the constant good-will of Christmas being shoved down his throat, the Grinch decides to do something about it. He’s going to take all of the decorations and gifts and steal Christmas from everyone in Whoville.

Benedict Cumberbatch does an excellent job as The Grinch and his friendship with his dog Max is the main success of the movie. Cumberbatch really sells this premise, and delivers his lines with a devilish fun that’s hugely entertaining to watch. The Grinch preparing for his masterplan with Max is one of the highlights of the film, as is the montage where The Grinch recalls why he doesn’t have any more food left in his cave.

The Grinch’s chance encounter with a little girl named Cindy Lou Who (Cameron Seely) is done really well too, with Seely delivering a wonderfully sweet and affectionate character that’s impossible not to love. Cindy Lou wants to help her widowed mother Donna Lou Who out at Christmas (voiced by the brilliant Rashida Jones) and her dynamic with Cumberbatch’s The Grinch is a big reason why the film flows so well.

Elsewhere there are some great supporting turns from the likes of Angela Lansberry as Mayor McGerkle of Whoville and Pharrell Williams as the narrator, but it’s Kenan Thompson as Bricklebaum, a jolly citizen of Whoville and The Grinch’s only ‘friend’ that steals the film.

A huge debt of thanks needs to go to the animation team for really bringing this tale to life. The Grinch looks gorgeous throughout, with environments and landscapes that feel as Christmassy as you can get. The Grinch’s dog Max is superb too, providing a lot of the film’s funniest moments. The opening sequence of the film which shows how Max looks after The Grinch every morning is hilarious and rendered beautifully onscreen.

The Grinch is a well-intentioned holiday treat that is perfect for all ages. The story might not offer anything particularly new to fans of the book or the live action version, but the end product is delivered with a lot of heart and spirit. There’s also a funny animated short from Illumination Animation tagged at the start of certain prints of The Grinch, which involves those lovable Minions getting into more mischief by trying to break out of prison. All in, The Grinch will provide your family with a great start to the festive period and a sweet animated adventure to enjoy.