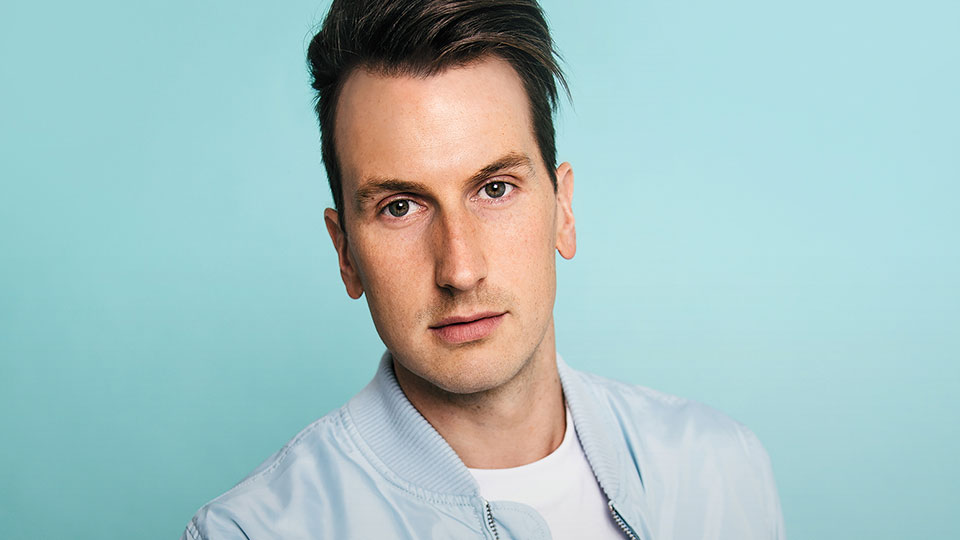 Russell Dickerson has been winning plenty of fans in the UK since making his live debut at Nashville Meets London during summer 2017.

Earlier this year Dickerson performed multiple sets across C2C: Country to Country including one on the Spotlight Stage inside The O2 Arena. An energetic and passionate live performer, Dickerson knows how to start a party and engage a sold-out crowd, as he proved recently during his sold-out headline show at Borderline in London for Country Music Week.

Before his show I caught up with Russell backstage to talk about his experiences in the UK, find out the status of his new music, and discuss the potential for a Christmas version of Yours.

You’ve put a lot of focus on being in the UK and building your fans over here. What’s your experience been like these past few months?

C2C… the one that stands out is obviously The O2 performance but when I really start thinking about them I’m like, ‘oh yeah there was that one show with like a thousand people after the big show’. We played one of the side rooms in The O2 and there was a thousand plus people in this room. Incredible. Everybody was hanging out and having a good time and we had a bunch of our team over there. That was a really memorable night. It was awesome.

I’ve seen a lot of stuff about you on social media during the Darius Rucker tour that you’ve been part of. What’s that tour been like?

It’s been amazing man. The rooms are so cool, they’re so huge. I feel like I’ve got a decent amount of fans there but I’ve kind of introduced myself to a few thousand new people again over here in the UK. I’m just continuing to build that fanbase and keep it going and going and going.

Headlining Borderline seems to be a rite of passage for Country artists now. Last year during Country Music Week Drake White headlined here and now this year you’ve sold it out. How does that feel?

I love the live show. I’ve always loved that element of it. To have a sellout is a huge thing for me because I want to get this out to as many people as possible. The fact that 300 people are coming tonight in London… we have played here a couple times but still it’s really cool that they keep coming back and keep coming back.

Yeah! I know. All on one night. It’s awesome man.

I’m a fan of your album Yours but after seeing you live I have a completely new and different appreciation of it. Seeing these songs performed live brings a whole new energy to them and you really lose yourself on stage in the music. What is it about the live show element that you love and what gives you that energy and buzz?

Just the adrenaline of the fans and the people that have listened to this music and know it top to bottom, that gets me excited. It’s what I was exposed to first with music. I used to go to these rock shows and the bands would just be going crazy on stage. I remember how that made me feel and that made me so excited and want to see this band every time. Bands like The Used, they were big early 2000s and mid 2000s and rock bands like that that I would go see. That’s all I really know. I didn’t go to many sit down chill concert. I wanted to go to a freakin’ rock show and that’s what I want my show to be.

At C2C you did an acoustic set but I’d be interested in seeing you do a completely acoustic show. Is that something you’d maybe consider down the line?

Yeah. I love that too, just chilling and acoustic, and really focusing more on singing as opposed to entertaining and going crazy and all that stuff.

One of the things I love about your story is just how hard you’ve worked to get to where you are. Blue Tacoma has become your second number one recently. What’s it like to see that hard work finally paying off?

Part of me is like, ‘finally!’ because since 2010 I’ve been touring full-time nonstop. That’s all I’ve done. I never got a second job or anything, that’s all I wanted to do. Part of me is like, ‘jeez finally’ but then at the same time it feels quick too. There are some people that it may never happen for and for some people it takes 10 years from when they first moved to Nashville. It’s kind of just all mixed emotion. Any time I start feeling like that I always have to remind myself of the other.

Yours took a long time to get to number one but Blue Tacoma got there a lot quicker. Maybe your next single will do it even quicker?

Yeah I mean we’ll see man. I love the whole process of getting it up the charts and stuff. Yours set a billboard record of longest climb to number one by a solo male debut artist. It was like 41 weeks or something like that.

You did a wedding version of Yours on the album and last time we spoke you mentioned the amount of fans that have got married to that song. I assume there’s even more people that have used that song now?

Yeah. At every meet and greet now there’s always somebody, at least one couple if not three in a row (laughs) that have used it. I know what goes into picking a wedding song because I’ve gotten married but that’s a big deal. I really don’t take that lightly because that’s such a big deal to have that one song that’s the perfect song and they pick my song.

We need to get it on we get it on a Nicholas Sparks movie. The next Notebook, you know what I mean?

Get them to call it Yours too…. Yours: The Movie…

I feel like in country music it’s different than pop or rock. Even on the road while we’re touring we’re writing. I was out with Lady Antebellum and Darius and we wrote a bunch of songs together, great songs. I would feel confident in releasing these songs as album two but we’re just constantly writing and writing, trying to get better and better songs. The album process I don’t ever really feel like stops in this particular style of country music. Some people do the songs and writing, they shut down touring and just stay in town. Thomas Rhett and FGL are always writing, always creating, always pushing the boundaries and keep going and going so I just want to do that. I don’t want to stop or slow down.

There’s still longevity for songs in Country music. Your own experience has shown just how long a song can stick around for and that’s very different to other genres of music. You’ve been living with these songs for a lot longer than we’ve had them so does the slow build ever get frustrating in terms of stopping you from moving on to new material?

Not really. There are two sides of that coin. I wrote Yours almost five years ago, in January it will be five years so yeah that’s a long time. I just want to get as many songs out there as possible and as many hits as we can and just keep them coming and keep them coming. I don’t mind the process. The process is fun and the longer the waiting, the bigger the pay off.

What are your plans after this?

Back to the U.S. and kind of Christmassy things. We’re doing a thing with Macy’s coming up for their Christmas tree lighting. A few shows here and there really, some headlining stuff and then we’re wrapping up December 13th.

Any Christmas songs on the way?

Oooo… no! This year will be the year that we get all the ideas for them and then maybe next year we can drop a little Christmas EP or something.

Surely you must have thought of adding some sleigh bells to Yours for a Christmas version?

(laughs) Dude! That’s actually brilliant. I love that. All right, OK I love that. That’s all we’ll add is sleigh bells (laughs). I’ll send you a cheque! (laughs).

Any plans to come back to the UK for a proper headline tour in 2019?

I mean I would love to. It’s in the cards, it’s not in the books yet… do you know what I’m saying. Is that a saying over here? It’s definitely in our minds but it’s not on the calendar yet.

Russell Dickerson’s album Yours is available now. Watch the music video for Blue Tacoma below: