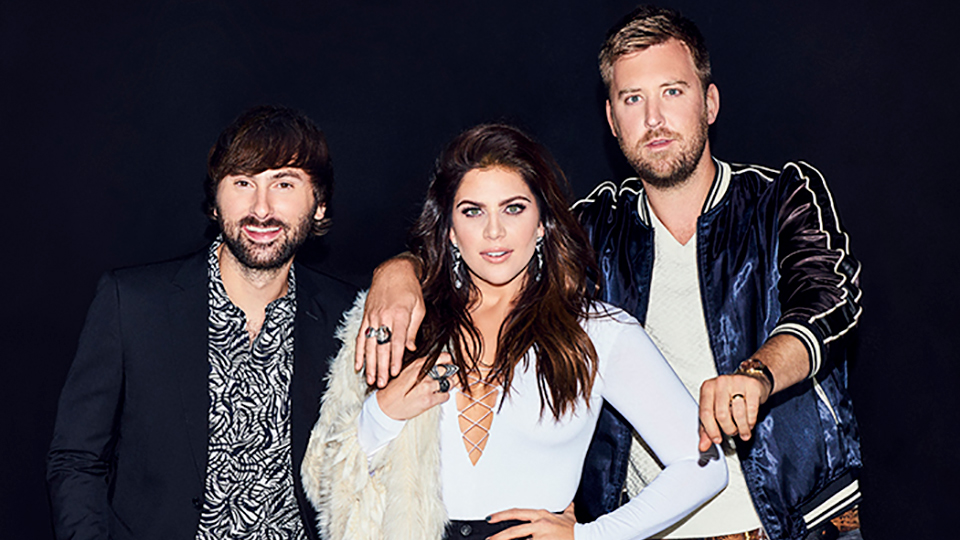 The mighty Lady Antebellum are heading back to C2C: Country to Country to headline the Main Stage for a second time.

The trio first performed at the festival in 2015 and they were last in the UK during October 2017 for their You Look Good World Tour, which took in stops in Manchester, Glasgow, Birmingham and London. They brought Kelsea Ballerini and Brett Young with them, both of which went on to perform at C2C 2018 earlier this year.

It’s been a time of change for Lady Antebellum who left their long-time label home Capitol Nashville following the release of 2017 album Heart Break. The band is now signed to Big Machine and they recently announced a Las Vegas residency, Our Kind of Vegas, for 2019. It’s unclear at this time if a new album will arrive prior to C2C 2019 but we’re sure there’ll be some new music before they return.

2019 will mark the band’s 12th year in the music industry. They released their debut single Love Don’t Live Here in 2007 but it was 2009’s Need You Know that brought them to the attention of the whole world. Since then they’ve notched up countless hits, sold millions of records and toured across the globe. They are one of the few Country bands to chart in the Top 10 on the UK albums chart and they’ve built a solid fanbase here after including the UK on their world tours.

Take a listen to Heart Break below:

Lady Antebellum will perform at C2C: Country to Country 2019 on Saturday 9th March 2019. For more information and tickets, visit http://c2c-countrytocountry.com.