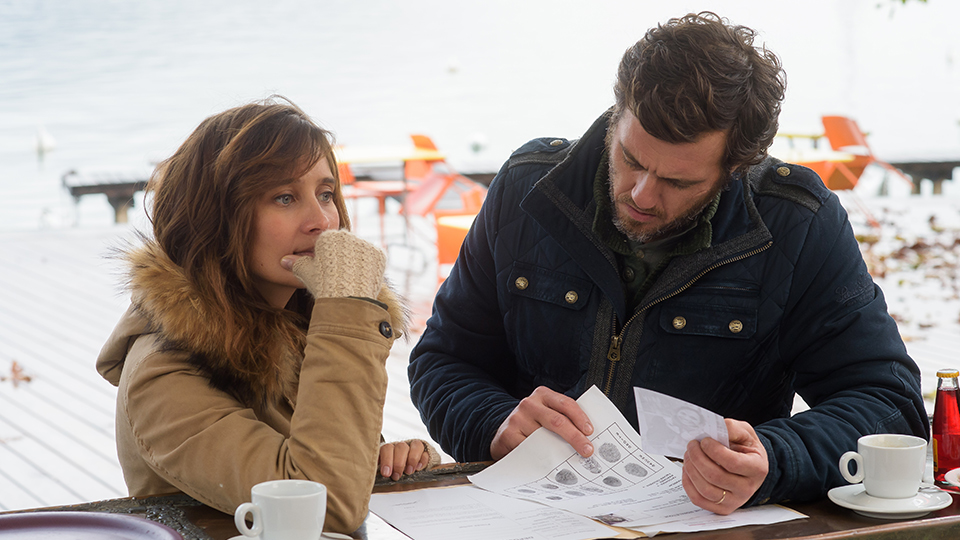 Killer by the Lake (Le Tueur du Lac in French) is the 2017 successor to the popular 2015 mini-series, Vanished by the Lake, produced by the French national broadcaster, TF1. Walter Presents gave us the Vanished version last year, and now we can see the Killer follow-up her in the UK on Channel 4 in November.

If you want to avoid all spoilers for Killer by the Lake, we suggest you stop reading right now.

Julie de Bona (de Bona replaces Barbara Schulz who played the role in Vanished) stars as the lead detective, Lise Stocker. Lise is a Parisienne who returned to her hometown of Lac de Sainte-Croix in the original show, and has now upped-sticks once again to Annecy – which, conveniently, also has a lake – with her husband, Clovis (Lannick Gautry). Both work in law enforcement – she is the captain of local police force, and he the gendarmerie commander – and within days, both are called to very similar crime scenes. It becomes obvious that the perpetrator is the same person in both cases, so husband and wife pool resources to track down the serial killer in their midst. The breakthrough arrives when they discover a key piece of evidence about the dead women’s dating habits.

But there’s more to this than just a serial killer mystery. We revisit Lise’s mother (Marie-Anne Chazel) who continues to suffer with Alzheimer’s, and who’s recollections were a large part of the first season’s mystery; Lise is struggling to come to terms with her mother’s illness and the relationship between the two is strained. And as if Lise didn’t have enough on her plate with serial killers and a sick mother, it’s clear from episode one that Clovis – apart from having a most peculiar name – is hiding secrets from her. Who is he texting in secret on a phone that his wife doesn’t know about? Is he having an affair?

Comparisons to Broadchurch were rife after the first series, and this follow-up follows a similar path. But that’s no bad thing. And the cinematography is sublime – Annecy (which is located in the Haute-Savoie region of France, about 20km south of the Swiss border and Geneva) looks beautiful. It’s evident that TF1 have spent well on the production values. The script is nicely constructed, and the characterisation well-rounded and believable.

Vanished by the Lake was an enjoyable series, if not particularly original or ground-breaking; and on the evidence of episode one of the follow-up, Killer by the Lake is going to be more of the same. If you like your mysteries with good characterisation, well-written, and with beautiful scenery, this one’s for you.

Walter Presents: Killer by the Lake premieres on Channel 4 on 7th November at 10.30pm, with the entire series immediately available to view free on demand on All 4.

In this article:Killer by the Lake, Walter Presents