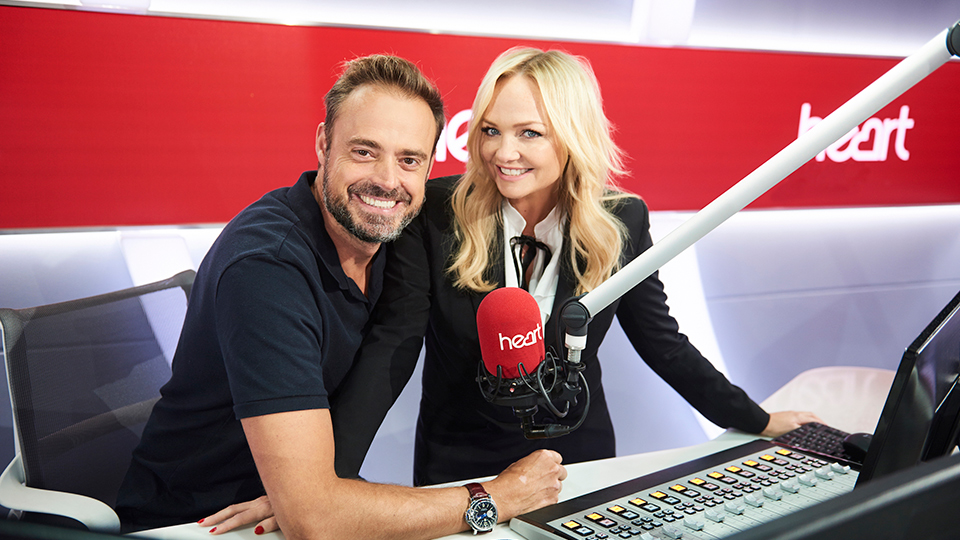 Rumours have been circulating for months that the Spice Girls are getting back together for a tour and there’s an announcement coming at 3pm today.

The group will reunite as a four-piece after Victoria Beckham has declined the opportunity to tour. While the news hasn’t been officially confirmed yet, a picture has been released featuring Geri Horner, Melanie C, Emma Bunton and Melanie B.

This morning on the Heart London Breakfast show, Emma was grilled by co-host Jamie Theakston about the upcoming announcement.

Jamie, clutching a copy of today’s The Sun which broke the news of the reunion, attempts to get some information out of Emma. Giggling and trying to avoid his glance, Emma refuses to give him any details saying only, “It’s so exciting.”

She adds, “Everything will be announced just after three o clock today on social media. You can go to @spicegirls but don’t look at me anymore because I might just blurt it all out.”

The Spice Girls are expected to announce a series of stadium shows in the UK later today. You can probably rule out any new music but the full details will be revealed just after 3pm today.

Even though it looks like Victoria isn’t taking part in the tour, we do hope she’s involved in some capacity whether that’s on the video screens or in some other clever way.

Tune into Heart London Breakfast with Jamie and Emma, weekdays from 6am – 9am.

In this article:Emma Bunton, Spice Girls