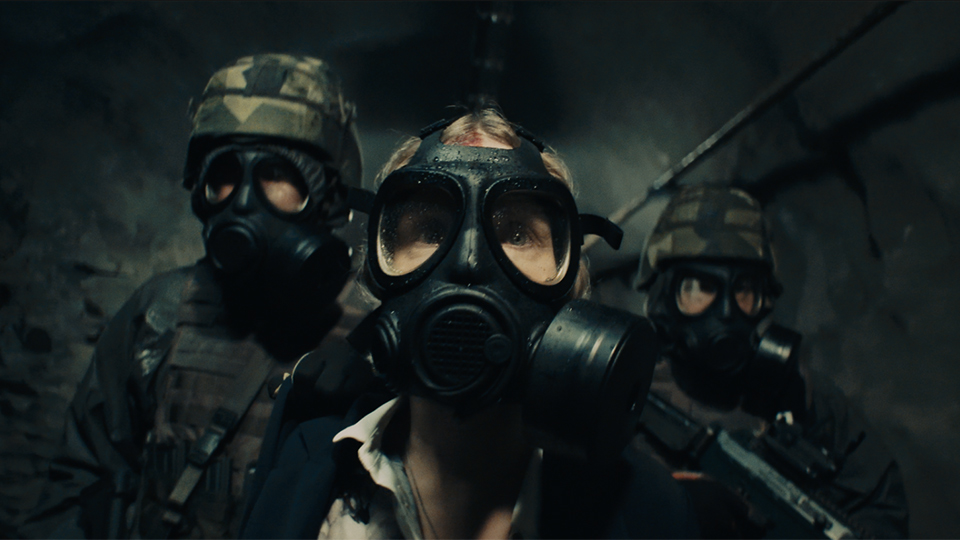 When his mother Klara (Ulrika Bäckström) decides to leave the family home, Alex (Christoffer Nordenrot) finds his relationship with his aggressive father Björn deteriorating quickly. Like his mother, Alex packs his bags and leaves as he’s unable to cope with living under the same roof as Björn. Saying goodbye to his love Anna (Lisa Henni), Alex becomes a successful musician and years later he reconnects with Anna. As the two become close again, a mysterious attack on Sweden occurs and they must fight for their lives, and those of the people they love.

The Unthinkable is one of those films where it’s best to know as little as possible before you see it. I hadn’t read a single thing but as it was part of the Arrow Video FrightFest Halloween 2018 slate, I assumed it would pack a bit of a punch. The film could almost be split into two with the first hour very, very different to the second. It’s actually very hard to talk about the film without giving away too much of the surprise so I’ll do my best to offer as few spoilers as possible.

At its heart The Unthinkable is a human drama with impressively rounded characters and a complicated family unit at the centre. Alex believes his father doesn’t care about him, when in actual fact that couldn’t be further from the truth. The two men are pushed away from one another with Björn unable to connect with his son, despite loving him dearly, and Alex having an impression of his father that is very different to the reality. Outside of the family dynamic, Alex is besotted with Anna and two spend their days playing music together on a church organ.

Once the setup is established, The Unthinkable lulls you into a false sense of security, where you believe you’re watching one thing but actually it’s something else entirely. The second hour is a sharp gear change and my jaw dropped to the floor on several occasions. The attack shocks the people of Sweden but they try to go on with their lives, as we do in modern society, until it becomes very clear that the attack is not an isolated one. I felt tense, gripped and incredibly invested in these characters throughout.

Christoffer Nordenrot and Jesper Barkselius are simply marvellous. Their father-son dynamic is believable with Nordernrot really exploring the insecurities of Alex and Barkselius giving himself over to the conspiracy-theory obsessed Björn. The two share some of the best scenes in the film and it’s their relationship that packs an emotional gut punch. I was surprised by how much I cared but care I most certainly did. Lisa Henni does some great work too as Anna but her character is not quite as rounded as the other main characters.

The Unthinkable is undoubtedly a comment on the increased threat of terrorism we all face in the modern age. Writer/director Victor Danell makes comment about current Swedish society and in some ways you could take The Unthinkable as a cautionary tale of what may come in the future. Of course the film dramatizes terrorism and cranks it up to create a blockbuster-like experience but the frightening thing is that you can imagine something like this happening in our lifetime. That’s why The Unthinkable makes a lasting impact.