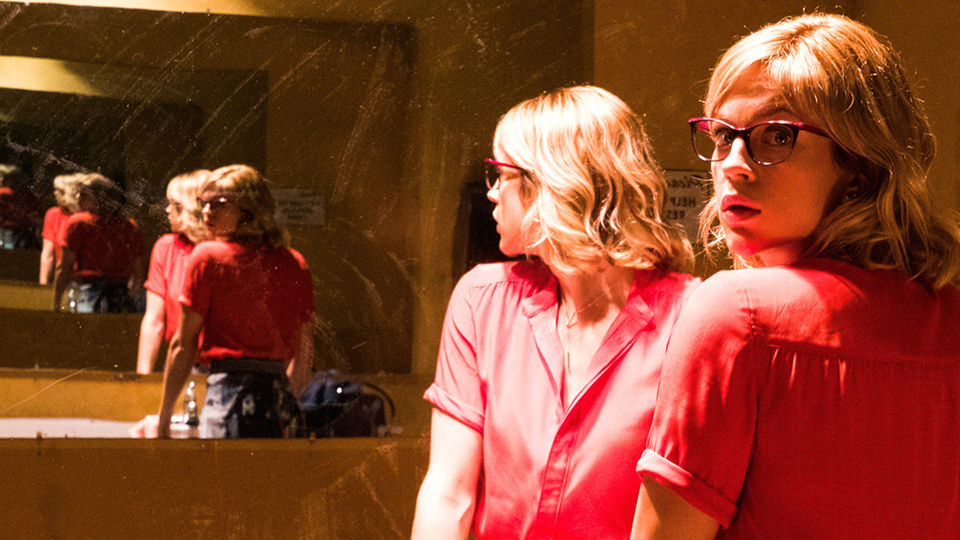 Four friends hope to make it big with a parking app they’re developing but start to lose hope after receiving their latest knock back. During a heated exchange in the basement of the house they’re renting, Devin (Aml Ameen) throws an object at the wall, creating a hole. Leena (Georgia King) discovers that there’s a staircase behind it and leads Devin, Noel (Martin Wallström) and Josh (Mark O’Brien) into a secret attic. Once up there they find a mirror that allows them to travel to a parallel dimension where time moves slower. The group soon gets the idea that they can use the knowledge they gain in the parallel universe to profit in their own universe but tensions rise as greed starts to take over.

From director Isaac Ezban and written by Scott Blaszak, Parallel serves as a ‘grass is greener’ style cautionary tale. Initially you sympathise with the friends after they become downtrodden following yet another rejection for their money-making idea. Once they realise what they can do by travelling back and forth from the parallel universe, it becomes clear that a sinister turn is on the way. Of the four friends, it’s former couple Noel and Leena that are most eager to steal from the parallel universe to better their realities.

Parallel is a clever idea but it’s one that starts to eat itself slightly by the end. The rules the film establishes aren’t particularly closely followed and the plot tends to lurch where it needs to go, rather than reach that point by adhering to its own logic. It’s also very clear from the beginning how things are going to turn out and which members of the group are going to be led astray by their own greed. The film does attempt to throw in a few surprise twists and turns, but you’ll probably work most of them out before it reveals its hand.

Martin Wallström gives the best performance out of the four main characters. Known for his role as Tyrell Wellick in the critically-acclaimed series Mr. Robot, Wallström brings intensity to his character and it’s unnerving how easily he can switch from nice guy to a nasty piece of work. Georgia King is a standout too bringing a steely determination to her role as Leena but ultimately being the member of the group that realises they are going too far. She allows her character to get swept away with the potential of the group’s discovery but becomes more vulnerable as she tries to right the wrongs they are committing. Mark O’Brien and Aml Ameen give solid performances too but are slightly outshined by Wallström and King.

Parallel is a very clever concept but the film ultimately isn’t as clever as it thinks it is. It’s an enjoyable ride that’s hindered by some very nauseating camera work, particularly when the group travels to the parallel universe, and you’ll likely get a bit of motion sickness (I certainly did). The central performances are strong but the film suffers from being a little over long. There’s a lot going for Parallel but you may need to leave your logic at the door to fully appreciate it.