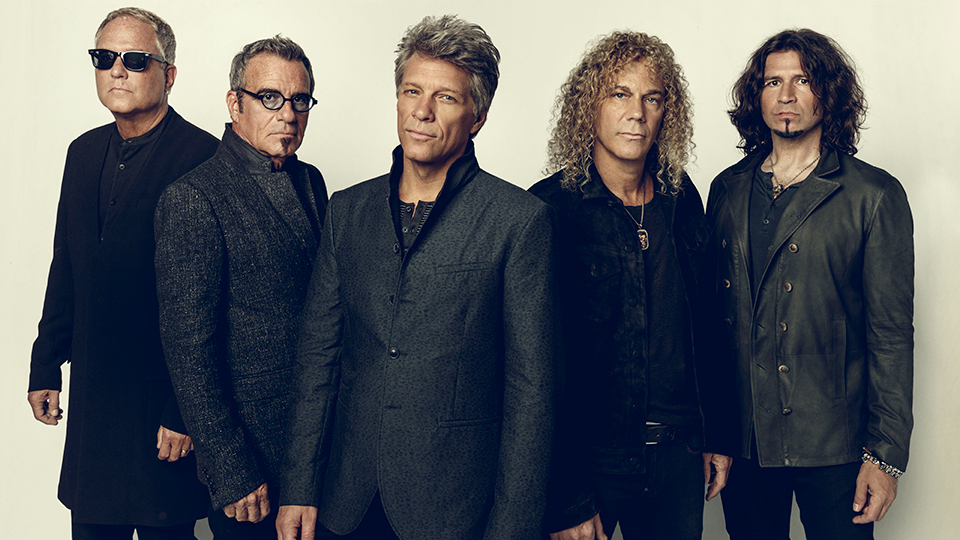 Bon Jovi are heading back to the UK in June for a run of stadium shows as part of their This House is Not For Sale.

The dates will kick off at Liverpool’s Anfield Stadium on 19th June and take in stops at London’s Wembley Stadium on 21st June and Coventry’s Ricoh Arena on 23rd June.

“Those huge shows, tens of thousands of people all together as one, that’s what we do,” says Jon Bon Jovi, “And we’ve got a few things to put right by playing Wembley Stadium. We were so excited to be the first band to play that new Stadium, I would have helped build it myself to make it happen. So we have a new history to write there. We’ve had some great nights at the Ricoh too.

“Throw in Anfield as a new venue – OK that’s just us showing off! We’re honoured to play there and the first thing I’m doing is getting that iconic picture under the ‘This Is Anfield’ sign.”

The tour is in support of the album it’s named after, This House is Not For Sale, which debuted at the top of the charts around the world. It will be the first time Bon Jovi has played in the UK since 2013 when they played a 3-hour show as part of British Summer Time Hyde Park Festival and headlined the Isle of Wight Festival.

They will be joined on the jaunt by special guests Manic Street Preachers.

“We’ve become a new, rejuvenated Bon Jovi,” says Jon, “A refreshed line up that kills every night. We sound better than ever and we’re enjoying every minute. We are out there as a band, feeding off each other and the fans, having the time of our lives all over again.”

Tickets go on sale 9am Friday 2nd November 2018 at www.livenation.co.uk/artist/bon-jovi-tickets.

Advertisement. Scroll to continue reading.
In this article:Bon Jovi